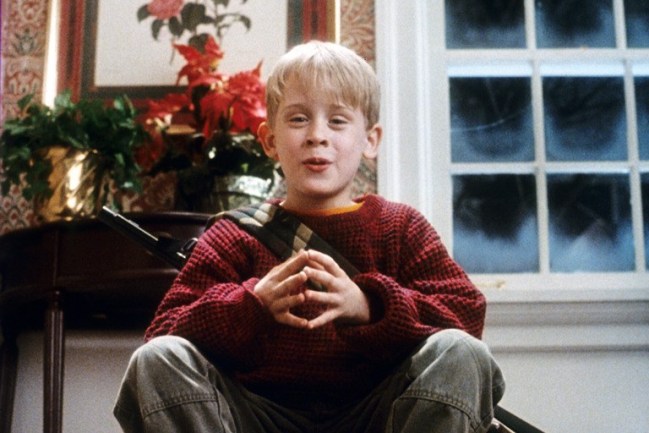 Home Alone was released 28 years last November, but many people learned a shocking new fact about the beloved Christmas movie. On Christmas Day, Seth Rogen dropped a truth bomb about Home Alone and that had the internet shook.

Rogen revealed that the gangster movie in Home Alone is not a real, classic gangster movie, but in fact a fake movie made specifically for Home Alone. Rogen tweeted out: “My entire childhood, I thought the old timey movie that Kevin watches in Home Alone (Angels With Filthy Souls) was actually an old movie.”

My entire childhood, I thought the old timey movie that Kevin watches in Home Alone (Angels With Filthy Souls) was actually an old movie.

So many people had their world flipped upside down with the “new” development.

Had this same discussion last night

That’s not a real movie???? Sheesh

I didn't know it until you just said this.

In Home Alone, Macaulay Culkin watches Angels With Filthy Souls and uses sound clips from the fake movie to mess with the pizza delivery man and to stop Marvin Murchins from robbing his house.

Then there is this theory about Home Alone.

Remember. Kevin McCallister could have phoned the police at any time. He was a child who had accidentally been left alone. One call and he would have been safe. But it was never about safety. He was hunting those men. He wanted them to die. It was fun for him. He enjoyed it.

Hope you had a Merry Christmas, ya filthy animals.