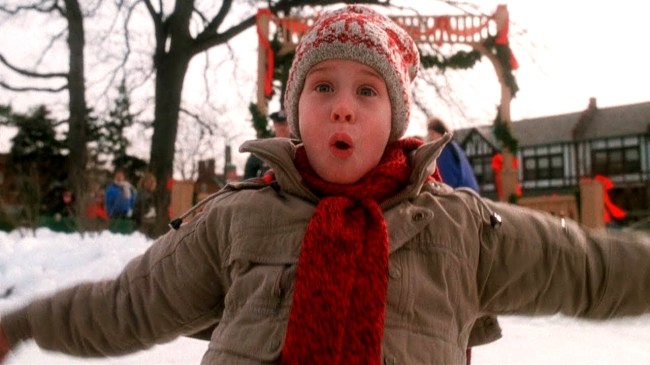 For the past 30 years, the Christmas classic Home Alone has been watched by millions of people an untold millions of times.

And yet, here we are, once again either learning something new about the film or coming up with a new fan theory about what really went down at Kevin McAllister’s house over the Christmas holiday back in 1990.

The latest detail to be discovered has gone largely unnoticed until TikTok user @Jade.The.Jinx discovered a mistake made by Kevin’s oldest cousin Heather when she was counting heads before leaving for the airport.

No, we’re not talking about her counting the neighbor kid as being Kevin, we’re talking about the fact that she counted herself TWICE!

In the movie, she actually counts herself as number 3 as well as number 11, then tells the parents, “Eleven, including me. Five boys, six girls, four parents, two drivers… and a partridge in a pear tree.”

Of course, the rascal Buzz barking out random numbers probably didn’t help Heather make the proper count, but, if she counted herself twice, and one of the kids she counted was the neighbor, then she really only counted 9 kids, missing Kevin and WHO?!

Okay, she clearly counts herself twice. So what in the name of “Old Man” Marley is going on here?

@Jade.The.Jinx’s TikTok has been viewed more than 1.2 million times, and yet, no one really seems to have answer as to what other kid in the McAllister clan was also left at home with Kevin while the fam jetted off to Paris.

Also, as has been noted before, the McAllister dad tossed out Kevin’s plane ticket, which is why they didn’t realize, even at the airport, that he was missing, but there still should have been one more left over. Who’s ticket was it? And why didn’t the family care?

And, if the phones didn’t work, leaving Kevin’s mom to have to bum a ride home with Gus Polinski, the Polka King of the Midwest, how did he order a pizza? And how did the family call all the neighbors from the airport when the phone guy told them it would be a few days to get the phone lines fixed?