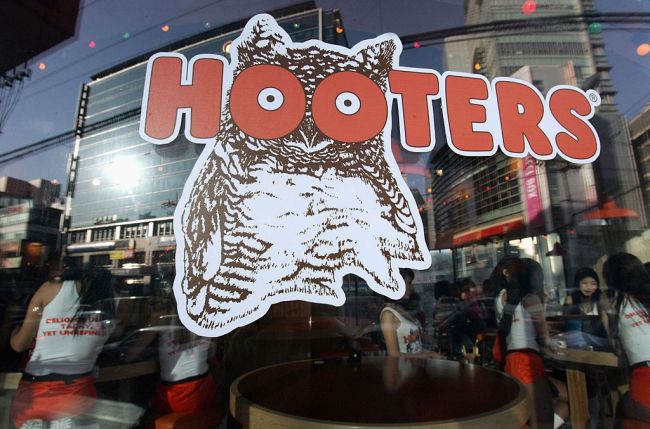 A Florida dad is fuming after his son’s school deemed his Hooters-themed mask “offensive.”

The principal of Sunset Park Elementary in Windermere, Florida forced Ian Golba, 11, to take off the restaurant-themed mask after being alerted to the face-covering by a teacher.

Golba has worn the mask to school since classes began in August.

A 5th grader says he was told to take off his Hooters mask again today at school, because it’s offensive. His father says there’s nothing offensive about a restaurant.#Fox35 ⁦@fox35orlando⁩ pic.twitter.com/iKPXtJzeFQ

“I wore it and she said it was not appropriate for school,” Ian told WESH. “I asked her why, and she said, ‘If you really want to know why, go ask the principal.’”

Ian told Fox 35 the principal said the mask was inappropriate “because it expresses a woman’s body.”

“He told me it was deemed offensive,” Steve Golba told Fox 35 Orlando. “I told him we go there as a family. We eat their wings, we watch sports. I said we have chocolate cake! We go there all the time. It is not an offensive mask.”

I don’t know why but the idea that chocolate cake is used as a defense for taking a family to Hooters just delights me to no end.

Golba said he’s never viewed Hooters as anything but a restaurant.

“Do we feel women’s bodies are offensive? I don’t know. I don’t. The Principal told me that it was inappropriate. I said I don’t understand why it’s inappropriate. There’s nothing wrong with that mask,” he told the outlet.

The mask, seen above, just has the name of the restaurant and not the owl with boob eyes or anything remotely close to portraying the female anatomy. There’s also a strong chance half the kids in school have been to Hooters. So can school administrators just concentrate on keeping masks on kids and not take offense to a thirty-year-old business and its silly name?

Golba said this incident won’t stop Golba from taking his family to Hooters.