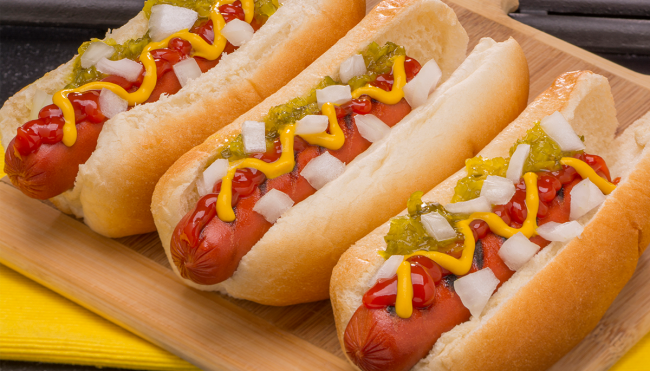 There are certain eternal mysteries in life it seems will never be answered; it’s likely that the members of the Insane Clown Posse will spend the rest of their time on the planet attempting to figure out how magnets work and Bill O’Reilly will go to his grave before anyone manages to explain why the tides go in and out.

I’m personally haunted by one question that’s kept me awake on the countless nights I’ve spent staring at the ceiling in search of an answer to no avail: why aren’t hot dogs and the buns they’re nestled inside packaged in the same quantities?

You don’t have to search too hard to find what seems like a plausible explanation: hot dog buns are traditionally baked in pans that accommodate four rolls, while hot dog manufacturers seemingly came to a consensus that ten was the ideal number when they first began to package them for retail consumption in the 1940s.

However, that doesn’t really address the fact that no one has decided to reevaluate what we’ve simply accepted as the norm for over 70 years. Now, Heinz is making a push for reason to finally prevail with one of the most important petitions you’ll ever sign.

The condiment company has dreamed up what’s been dubbed “The Hot Dog Act,” a campaign that calls for “Big Bun and Big Wiener companies to find the answer to this hot dog packaging mismatch, once and for all.” According to Food & Wine, the brand is lobbying for 10 to become the universal standard, and as of this writing, almost 6,000 people have thrown their support behind the movement.

Be the change you want to see in the world by joining this worthy cause here.