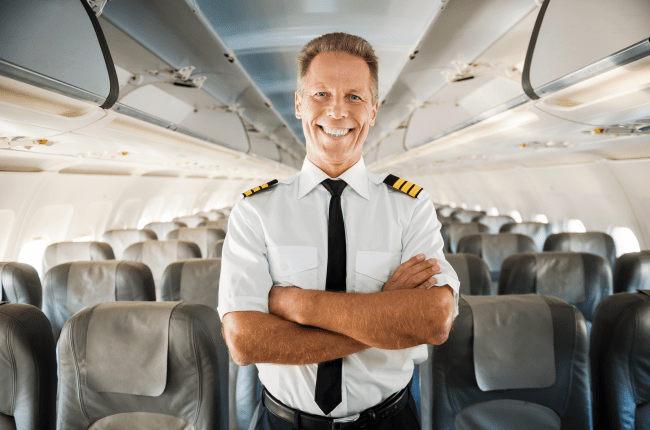 (That’s not the pilot, btw. That’s just some random dude.)

A Southwest pilot has gone viral for saying some outrageous stuff over a hot mic:

Here's the audio of the Southwest pilot going on a rant about the Bay Area caught on a hot mic: pic.twitter.com/hJ2nhDeckV

Is this real? Boy. Doesn’t feel real. Feels like an Onion effort. Guy doesn’t say anything that will ruin his life, and yet he clearly has very strong opinions about a certain side of the aisle. Real hot mics tend to be a lot more damning. This is a tightrope walk that stays on the right side of the line, which makes me think it’s either a prank or some sort of semi-intentional leaked audio recording that might position a guy to trade in his pilot wings for a senate seat. After all, he’s flying for Southwest. I don’t need the FAA to tell me that those pilots are probably paid in pretzels.

The pilot who delivered the anti-Bay Area rant has been confirmed to be an employee of Southwest Airlines, the airline confirmed exclusively to SFGATE. A spokesman for the company did not identify the pilot but said that they are “fully addressing the situation internally.”

Alright, I suppose it’s real. But boy, he’s either extremely lucky (to have not said something more extreme) or has the most specific qualms with San Jose on earth. Sure, we all hate people who drive extremely slowly. Half the country doesn’t like liberals. But Hyundais? Who… who specifically hates Hyundais? Who singles out that brand, as opposed to any other foreign-made car?

Now, rolling coal was a term I hadn’t heard before. Turns out, some people modify their diesel engines to spew those huge clouds of smoke out of their exhaust pipes as some kind of statement against environmentalism. And those people can eat a wang. Driving behind one of those people is the worst. Can’t escape it and you feel like you’re dying. I used to think they just had busted cars and didn’t have the means, or the care, to fix them. But apparently some people do this intentionally? Like they’re on the set of Max Max: Fury Road?

Anyway, I was all for this guy not getting fired. But anyone who supports people who roll coal is a choad in my book. Maybe that’s my childhood asthma talking though.