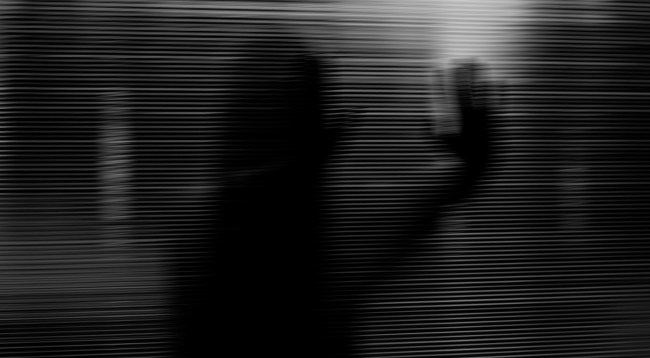 As if we didn’t have enough to worry about these days with the pandemic, aliens and UFOs. (All related?) Now we’ve got ghosts or demons getting caught on camera flashing through walls in hotels. C’mon, give us a break, 2020!

This particular bit of paranormal activity occurred in the Eagle’s Nest hotel in Quincy, Illinois – a place where employees have long held the belief that something is not quite right.

Originally posted to Facebook by Eagle’s Nest employee Jennifer Majors, the video caught by a CCTV camera at the hotel has now been viewed over 20,000 times since being uploaded to YouTube.

According to The Hidden Underbelly 2.0, who uploaded the video to YouTube, the doorway through which the ultrafast shadowy figure appears is actually the opening for the elevator.

“When the elevator doors are open, the lights come on, so as you can see there was no lights coming on,” says the narrator of the video. “That door is shut so this shadow figure just came out of nowhere.”

He also reports that the reason Majors just so happened this unusual observation at that exact moment is because “some things had come up missing off the housekeeper’s cart and so she ran the cameras back.”

“The history behind this is employees have reported seeing a small shadow out of the corner of their eyes and hearing giggling,” he explains in the video. “Which leads me to believe that what we are looking at is the spirit or a dark spirit of a child or something pretending to be a child.

When asked about the doorways and the building itself this was the reply. “It’s an older building, and it basically looks like a big doorway, and the elevator is “hidden.” I’ve seen this in other buildings here in Illinois. It looks like it has more depth because the doors are shut, if they had opened you would see light from the elevator.”

Several people tried to debunk the video by saying the because the camera was moving it’s not CCTV video, ignoring the fact that the camera showing the video is actually trained on a monitor displaying the CCTV video. Watch…

Commenters on the video put forth numerous theories as to what the camera actually caught on video.

“Demon pretending to be child. Interesting!” said one viewer.

“There are other dimensions all around, and here is a glimpse of the very thing,” stated another.

“Any history of deaths related to the hotel or when this activity started?” one person asked.

“Very creepy but some good evidence,” said another commenter. “It’s amazing that there is a whole other world just out of our view. Wonder what we would see if the scales were removed from our eyes.”

“Actually, there are several entities within this short video; one of them is under the custodian’s cart itself, and there are several more in the doorway where the apparent child’s spirit appears then darts out from,” believes another.

Whatever it was, I am with the commenter who said, “I would’ve quit that day.”