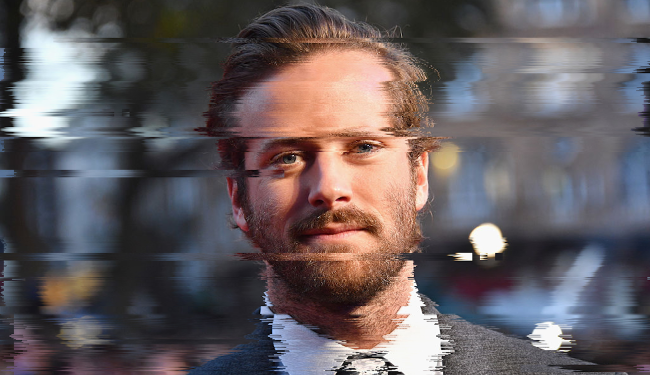 The first trailer for the upcoming Discovery+ docuseries House of Hammer has revealed some extremely disturbing messages that the disgraced actor allegedly sent to women about his cannibalistic fantasies and sexual fetishes.

“I have a fantasy about having someone prove their love and devotion and tying them up in a public place at night and making their body free use,” one alleged message from the 35-year-old The Social Network star says.

In a voice memo that Hammer allegedly sent, the actor said “My bet was going to involve showing up at your place and completely tying you up and incapacitating you and being able to do whatever I wanted to every single hole in your body until I was done with you.”

Those aren’t the only alleged examples of glimpses into Hammer’s mindset that the doc includes, as House of Hammer also contains a message to a woman in which Hammer said he’s  “100% a cannibal,” and a separate handwritten note that reads, “I am going to bite the fuck out of you.”

The first trailer for ‘HOUSE OF HAMMER’, a docu-series about the scandals surrounding Armie Hammer and the legacy of his family.

The docu-series premieres on September 2 on Discovery+ pic.twitter.com/x941Wg94z5

House of Hammer, which will be a three-part series, will premiere on the streaming service on Friday, September 2.

The allegations against Hammer. were first made in 2021 and have since effectively ended his career. His most recent movie, Death of the Nile, was quietly released on Hulu earlier this year, while the actor was also removed from projects such as the Paramount+ series The Offer and the Jennifer Lopez-starring romantic comedy Shotgun Wedding.

The last we heard from Hammer, the actor was reportedly living in the Cayman Islands where he has a job selling timeshares.

Downey Jr. reportedly “stepped in to steer” Hammer to rehab and paid for his six-month stay at the Florida rehabilitation facility.https://t.co/jU0WXP7cIH