I Had Flights Scheduled On Five Airlines Before All This; Let’s Grade How They Handled Refunds 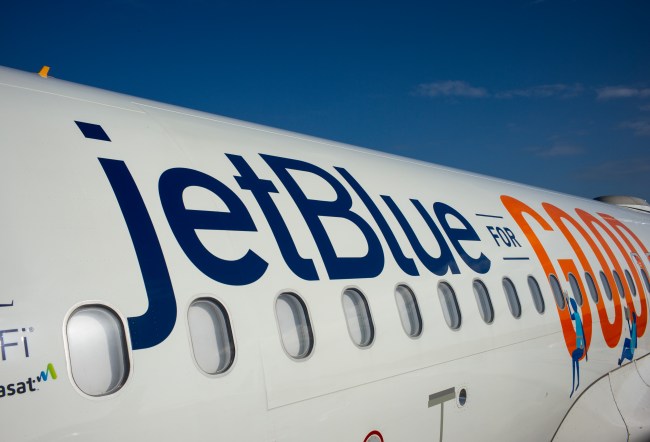 We’ve all been fisted by the airlines over the years. But it just so happened that my most bountiful slate of road dates for 2020 coincided with the outbreak of a plane-grounding pandemic. I was lucky in that I had only booked a handful of the flights before the outbreak, but the experiences I’ve had trying to cancel or refund the flights have ranged from pleasantly seamless (JetBlue) to downright criminal (United and Chase Rewards). In times like these, you really get to know your airlines.

My expectations were very low at the outset. I did not expect, nor feel entitled to, full remuneration. But once a few airlines were able to easily offer future flight credit for my cancelled flights, it raised the bar. As you’ll see, JetBlue’s magnificent handling made it that much harder to swallow the acrid, chlamydia penile drip from United.

Here are the breakdowns of my efforts to cancel flights with five separate airlines:

Last May, I was supposed to fly to Florida for a wedding but I got booked for a big show, so I had to cancel my flights. I did, and they said I could use the flight credit for a year. As the cutoff date approached, I called American to try to book some flights with the credit, but they told me that the credit expired a year from the date of my original booking, not the cancellation. FURIOUS, I asked them impolitely if they knew who my father is—the CEO of airplanes. All of ’em. That moved the needle…

I actually had THREE flights booked on JetBlue between March and August. I fly JB whenever I can. Ever since they started allowing passengers to feed themselves from their little snack closet, I’ve found that JetBlue flights can result in food for a week. It’s a soup kitchen at 35,000 feet. Not to mention the legroom is in a class of its own.

I cancelled the first two flights pretty easily using their website. For these, I was awarded travel credit that I can use for a year. The third flight—from New York to Albuquerque—I waited to cancel because it was a few months away. But out of nowhere, JetBlue sends me an email saying they cancelled the flight. I guess the airline was betting that even in a few months, nobody is going to fly to Albuquerque. Turns out, Albuquerque isn’t a big hub for tourism. Full refund for me, yippee!!

Result: Two travel vouchers usable for one year from cancellation date + one full refund for a cancelled flight.

This one will haunt me for a while. I booked flights for my girlfriend and me to fly roundtrip to Jamaica for the weekend starting March 13th. That’s the day when shit got real. In the week leading up to that Friday, we went back and forth about whether we should go. Lots of people were still traveling and we had been looking forward to—nay, needing for the sake of love—this trip for a while. But the scenes from the airports and the threat of getting to Jamaica but not being able to come home ultimately forced our hand to cancel. Or try.

I started my effort to cancel the flights on Wednesday, two days before the flight to Jamaica. In fairness, this was probably the worst time in the history of air travel to try to cancel a flight, given the sheer volume of people in the same predicament. I spent lifetimes on hold, kicked the can around with Chase’s automated chat service, and tried to contact the airlines directly. I even DM’d the twitter account for Chase Rewards. One day, I was on hold for 95 minutes before the line went dead. The Chase website claimed you could cancel flights online, but whenever I clicked the cancel button, it said I had to do it over the phone. Simply put, there was no possible way to cancel the flights.

The result? The United flight took off for Jamaica, and we were marked as no shows. I gathered up my paper trail and tried to present the evidence to a random customer service information box. A few days later, they basically told me to go fuck myself. They even had the gall to say they had tried to get refunds from the airlines, but the airlines put their feet down. The Chase people shoveled the blame over to the airlines like the miserly cowards they are.

Somehow, I finally got through to a representative before the return flight on Delta, which I cancelled. He sounded like a decent fellow but he couldn’t do anything about the United flight, which made me wish him a lifetime of itchy nights under rumpled bedsheets.

Result: No flight credit or refund for the United legs, 10+ hours lost trying to cancel flights, a loss of over $700 in credit card points. Future flight credit for the Delta legs.

This is two roundtrip tickets to Milan in August for a wedding, booked using points. After my fiasco with the Jamaica flights, I was too worn out to pick up the fight again even though these flights are going to arguably the worst area in the world for Coronavirus. I figured I’d let the dust settle for a bit and hope that the call centers either hire more people or that the cancellations slow down a bit (they won’t) before I try again. The real hope is that Emirates will cancel these flights entirely, resulting in a refund like my JetBlue flight. But something tells me that Emirates Air will keep the flights greenlit until the departure day. Or maybe they’ll just send the plane empty, just to fuck us. Either way, I’ve already written these off as a loss. Thanks Chase.