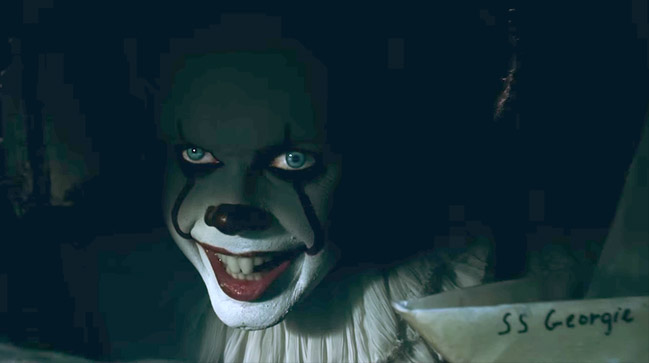 If you’ve seen the Stephen King movie IT (and based on the box office records the film has been breaking, many of you have) then you know how just how ridiculously creepy the voice of Pennywise the Dancing Clown is.

Not only is the visual of Pennywise enough to scare the bejeezus out of anyone, when you throw in that voice it takes things to a new level of terrifying.

Now, we already learned how Bill Skarsgård came up with the scary as hell smile for Pennywise. He learned it as a kid!! 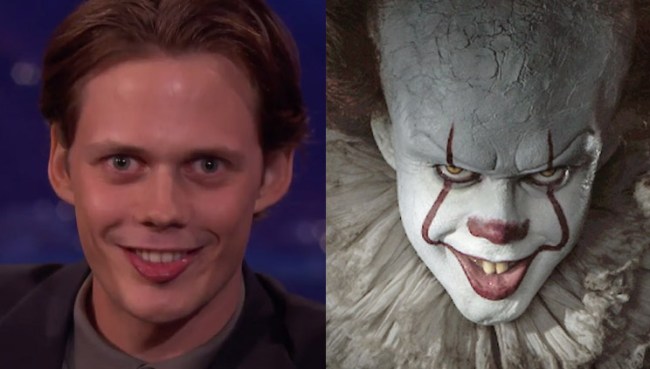 But what about that voice? How did he come up with that?

Speaking to Variety’s Playback podcast Skarsgård, who played Pennywise, explained exactly how he came up with it.

That…would be a very good description.

“When I started doing it just by myself, I started to creep myself out,: he continued. “It doesn’t sound like a real laugh which goes into the aspect of the character not being human or a perfect clown. It’s something really, really off with the character.”

Bit of an understatement there, but accurate.

Skarsgård also discussed how he felt about taking over a role that Tim Curry had made so iconic back in 1990, “There was a whole phase there where I was terrified. Because I’ve never done anything on this scale before, and I’ve certainly never done anything where there were that many opinions of the character beforehand, fans of the TV show, fans of the book — there were so many people who had their opinions of what the character should be. And I never wanted to compete with the Tim Curry performance. I didn’t see a point in trying to emulate that because I don’t think I could do it as well as he did.”

Listen to him explain everything, including the voice, in further detail below…

Meanwhile in Russia, Burger King is complaining that Pennywise looks like Ronald McDonald and is taking customers away from them as a result. No, I am not kidding. They believe that Pennywise is somehow giving McDonald’s an unfair advertising advantage.