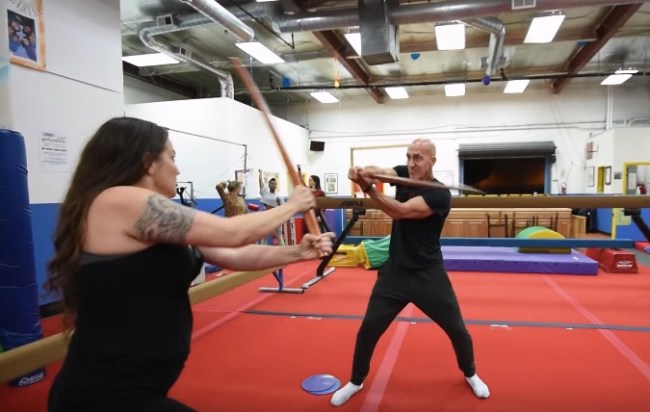 Remember when we were kids and there was that span where like 50% of birthday parties were thrown at either arcades or places like DZ Discovery Zone which were enormous rooms full of ball pits and obstacle courses? Well, the Academy of Movement Arts and Sciences in Los Angeles is a much cooler version of those ball pit rooms and it’s designed for stuntmen in Hollywood to get paid.

Tim Storms has 30 years of experience teaching and choreographing stunts at The Academy of Movement Arts and Sciences and he’s worked on films like The Matrix and Logan. These stunt-heavy films require an expert like Tim in order to ensure the scenes are as realistic as possible without anyone getting killed on the set.

In this clip, INSIDER got to go behind-the-scenes at The Academy of Movement Arts and Sciences and see how these elite Hollywood stuntmen train for films. Every time I see something awesome like this I can’t help but think ‘well, there’s another job my HS guidance counselor never told me about!’

Frankly, after watching this clip I’m convinced that this needs to be a bachelor party activity. I’d totally spend a few hours between binge-drinking on a bachelor party to learn some stunts and work up a sweat to get rid of all the booze in my system, wouldn’t you?

You hear about people moving to LA all the time to get into the film industry but do you ever hear about anyone moving out there to become a stuntman?

This is a serious question because I’ve never known any stuntmen myself and I’m wondering if LA’s the only place you can train for something like this or if this occupation exists in other cities where they film a lot of TV and movies like Atlanta, New York, and Vancouver. I’d totally join this place if it was a gym just to throw in a random ass workout every now and then to shock my muscles.