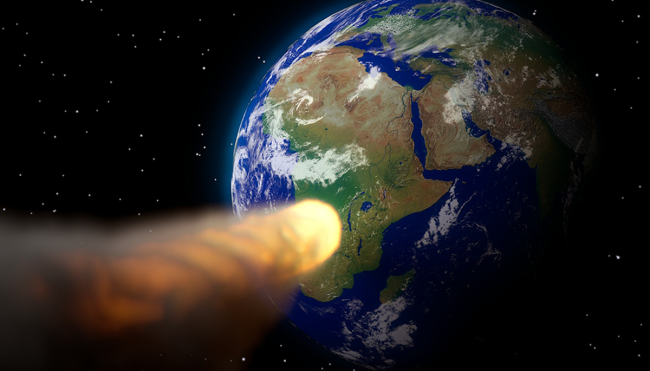 Over the years, Hollywood has repeatedly envisioned how the world might respond in an attempt to prevent humanity from going the way of the dinosaurs if we notice an asteroid capable of ushering in the apocalypse making its way toward Earth.

The movie industry really let its creative juices flow in the summer of 1998, as both Deep Impact and Armaggedon revolved around the theory that it’s possible to use nuclear weapons to alter the trajectory of an asteroid to ward off an extinction-level event.

However, in a truly shocking twist, it turns out those films aren’t exactly the best reflection of reality. Over the years, researchers have run similar tests by bombing a giant space rock and sending a spacecraft hurtling into an asteroid at over 14,000 MPH. However, those attempts at deflection have been essentially shrugged off, which isn’t exactly the best news.

Last month, NASA teamed up with a few other agencies for an exercise where some of the world’s foremost experts were challenged to come up with the best strategy to deploy if we had six months to gear up for an asteroid strike. According to Insider, they had no way of knowing of just how large the threat was until a week remained in the simulation, but it appears that was a fairly inconsequential factor when you consider the less than cheery results.

After failing to ward off disaster, the participants estimated we need a minimum of five years to engineer a plan based on the technology we currently have at our disposal (which includes the aforementioned nuclear and kamikaze options as well as one harnessing space lasers.) However, one astronomer at MIT suggested we need to know about a potential threat at least ten years in advance to successfully redirect an asteroid.

That’s not great news when you consider our ability to detect them leaves a lot to be desired, and while countries are doing what they can to make sure we have as much of a heads-up as possible, it seems like we’re probably pretty screwed if we end up facing an Armageddon scenario in the coming decades.