Space Agencies Are Going To Crash A Spacecraft Into An Asteroid At Over 14,000 MPH To See What Happens 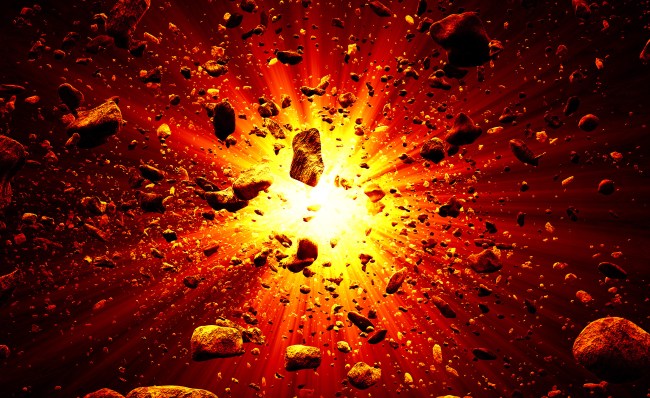 Asteroids are the new hotness when it comes to discussions about space. For some reason, now, more than ever, the world is suddenly very, VERY concerned about asteroids.

I don’t remember asteroids being that big a deal when I was a kid, other than the fact that they kept wrecking my black and white spaceship.

It seems that the problem with all of these asteroids is that they seem to be wanting to smash into our planet, which, as you can imagine, would pretty much wreck our whole day if it were to happen.

Which is why NASA and the European Space Agency (ESA) are planning on blasting their Double Asteroid Redirection Test (DART) spacecraft directly into an asteroid to see if it has any effect.

The DART spacecraft will achieve the kinetic impact deflection by deliberately crashing itself into the moonlet at a speed of approximately 6.6 km/s, with the aid of an onboard camera (named DRACO) and sophisticated autonomous navigation software. The collision will change the speed of the moonlet in its orbit around the main body by a fraction of one percent, but this will change the orbital period of the moonlet by several minutes – enough to be observed and measured using telescopes on Earth.

In plain English, the DART is going to smash into an asteroid, in this case the Didymos B – classified as a Near-Earth Object – at an impressive 14,760 mph to see if it could serve as protection should an asteroid actually towards an impact with Earth.

The DART spacecraft launch window begins in late July 2021. DART will launch aboard a SpaceX Falcon 9 rocket from Vandenberg Air Force Base, California. After separation from the launch vehicle and over a year of cruise it will intercept Didymos’ moonlet in late September 2022, when the Didymos system is within 11 million kilometers of Earth, enabling observations by ground-based telescopes and planetary radar to measure the change in momentum imparted to the moonlet.

“Today, we’re the first humans in history to have the technology to potentially deflect an asteroid from impacting the Earth,” ESA astronomer Ian Carnelli told Technology Review.

“The key question that remains to be answered is, are the technologies and models that we have good enough to actually work? Before you drive a car, you need to have an insurance policy. Well, is the insurance policy for planet Earth.”

“Planetary defense is really a worldwide endeavour,” said Carnelli. “Besides just the technology and the science, AIDA [asteroid impact and deflection assessment] is also a really good experiment in terms of collaboration between scientists and agencies around the world. It’s the sort of thing that would be needed were an asteroid on a collision course for Earth.”

Could we deflect an incoming asteroid? We'll soon find out. https://t.co/nr1fNxOCWe