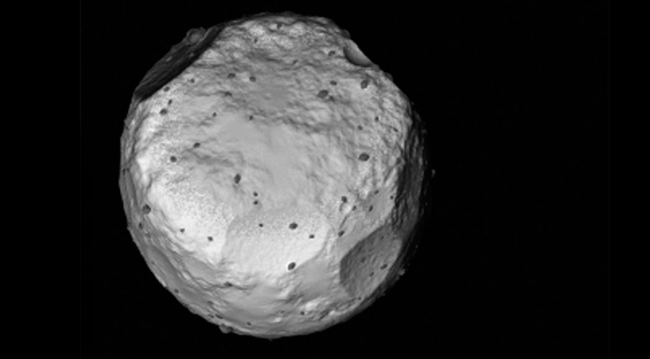 Back in September of 2019, NASA and the European Space Agency (ESA) announced that they planning on blasting their Double Asteroid Redirection Test (DART) spacecraft directly into an asteroid in 2024 to see if it has any effect.

The logic behind that mission is to see if there is any way to deflect an asteroid that is heading towards Earth and prevent a distaster of gargantuan proportions.

In August of 2019, as NASA was preparing for the “Colossal God of Chaos” asteroid – which may actually smash into Earth in the year 2068 – none other than Elon Musk said, “a big rock will hit Earth eventually and we currently have no defense.”

Which makes this latest news from JAXA, the Japanese equivalent of NASA, about their Hayabusa2 mission to the asteroid Ryugu a little disheartening.

Revealed in a virtual presentation at the Lunar and Planetary Science Conference on March 15 by University of Tokyo professor of planetary science‬ Gaku Nishiyama, was the fact that Japan’s Hayabusa2 spacecraft fired a high-speed 5.5 pound bullet using 10 pound explosive propellant charge and the asteroid didn’t even flinch.

What actually happened was the bullet, a Small Carry‐on Impactor (SCI), did leave a crater measuring approximately 33 feet across, but instead of sending shockwaves through Ryugu, the asteroid pretty much just shrugged its shoulders.

Related: Watch The Biggest ‘Potentially Hazardous’ Asteroid To Pass By Earth In 2021

Extensive surface modification was expected to be excited by the impact‐induced seismic waves; however, boulders stayed at almost the same location.

We conduct seismic wave propagation simulations to resolve this apparent discrepancy and to understand the physical properties of Ryugu. We show that surface changes are strongly dependent on a shallow subsurface.

Our results suggest that the conversion of impact energy to seismic waves is less efficient than previously thought. The weakness of powdery regolith may limit asteroid‐quakes at the surface.

Based on this hypothesis, we propose a formulation how the surface moves on asteroids that considers the unclear properties of regolith. The lack of seismic shaking agrees with the mysterious discovery that boulders stay unstably on other boulders.

Basically, what JAXA is saying is that the surface dust on Ryugu dissipates the energy from seismic waves much better than they had anticipated.

…that leaves the question of what is flattening out Ryugu’s smaller craters. It has no atmosphere, no seismic activity of its own, and now it appears that the space rock can’t be shaken by external impacts.

Images from Hayabusa2’s cameras reveal that Ryugu has fewer small craters on its surface than expected for an asteroid of its size, suggesting that something is moving dust into the craters to fill them in.

As one of the members of of NASA’s Double Asteroid Redirection Test (DART), Professor Alan Fitzsimmons of Queen’s University Belfast’s Astrophysics Research Centre, said in December of 2019, “We will get a serious asteroid impact sometime. It may not be in our lifetime, but mother nature controls when that will happen. We will need to do something about it. We’ll need to move that asteroid so it misses us and and doesn’t hit us.”

Looks like we’re going to need a bigger DART spacecraft.