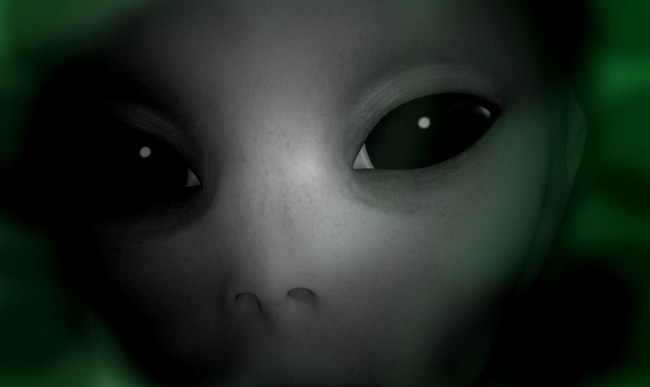 Hot on the heels of not one, but FOUR recent UFO sightings, comes more news from the world of alien hunting in the form of what is believed to be some sort of extraterrestrial building or base on the asteroid Eros.

The startling discovery, made by UFO and alien expert Scott Waring, came when he was studying a photo taken by NASA of the asteroid’s surface.

#OTD in 2000, the NEAR Shoemaker spacecraft captured this rotation movie of the asteroid Eros. NEAR, the Near Earth Asteroid Rendezvous, was the first spacecraft mission specifically designed to study an asteroid: https://t.co/DQCSMzVsct pic.twitter.com/2YaMCldgST

Eros is a rather large space rock with a diameter of around 10.4 miles, and the structure he discovered had been previously noted by NASA as being 148 feet across. However, they referred to it as merely being a boulder.

“Here is a cool photo from NASA of the asteroid Eros. On it is a rectangular structure. The funny thing about it is that even NASA noticed this alien structure on the asteroid, but still didnt have the realization of what it actually was…an alien structure,” he wrote on his web site.

“So you see, NASA saw it but just didn’t realize what it was at the time. Not sure how this slipped past them, but sure it wont last long if they find out.”

What Waring is referring to is the fact that with prior discoveries of what appear to be alien structures, NASA has reportedly gone to the trouble of removing or censoring the images.

Whether that happens in this case remains to be seen as the Daily Express reports, “Sceptics and NASA would say the object and other similar findings are just the effects of pareidolia – a psychological phenomenon when the brain tricks the eyes into seeing familiar objects or shapes in patterns or textures such as a rock surface.”

However, the Daily Express also states in the same report that Ian Whittaker, lecturer in physics at Nottingham Trent University, and Gareth Dorian, post doctoral research fellow in Space Science at the University of Birmingham, said that soil samples taken by the Japan Aerospace Exploration Agency of the asteroid Ryugu could eventually give the world proof of the existence of alien life.

Whether that will happen in our lifetimes also remains to be seen, but one thing is for sure…

Further evidence…
• New documentary provides a very strong argument that aliens exist and are living among us
• Glowing UFO spotted on NASA live stream of the Space Station sparks more claims aliens are real
• Britain’s first astronaut says aliens definitely exist and they could already be among us
• UFO expert says glass dome inexplicably levitating over meteorite in Russia may have released alien tech
• Navy pilot who filmed USS Nimitz UFO encounter breaks his silence after 15 years
• Top researchers claim U.S. military is covering up their own super advanced aircraft by making people believe it is a UFO
• Mysterious hovering orbs over Mesa have many believing they spotted a glowing UFO
• UFO seen by 100+ people hovering in the California sky for five minutes sparks alien concerns
• A stationary UFO recorded in the South Carolina sky sparks secret government surveillance theory
• Former head of MI6, who’s allegedly part of a secret global conspiracy on UFOs, says he believes aliens do exist
• UFO expert claims ISS video is ‘100% proof’ NASA, Russia know aliens visit the space station
• Bug expert declares there are insects on Mars and then suddenly deletes research after backlash
• UFO expert claims to have video proof of a fleet of alien spaceships passing by our moon
• 5 Navy veterans and new anonymous source who witnessed the USS Nimitz UFO incident come forward to reveal what they saw
• Retired Air Force Major says a space alien was shot and killed at a base in 1978, government covered it up
• US Navy pilot David Fravor who claims to have witnessed a UFO says the tapes of the encounter have disappeared
• Eyewitnesses spot identical fleet of UFOs in the sky over Utah and North Carolina in the same day
• UFO expert says he has ‘100% proof’ that aliens currently live in a ‘city’ on our moon
• Red triangular craft recorded hovering in the Texas sky is perhaps the ‘clearest UFO footage’ ever
• Top Gun Navy pilot describes his incredible UFO encounter on ‘The Joe Rogan Experience’
• A strange ‘fleet’ of 14 glowing UFOs was spotted and caught on camera off the coast of North Carolina