How Long Should You Shake A Cocktail? Here’s How To Make The Perfect Drink 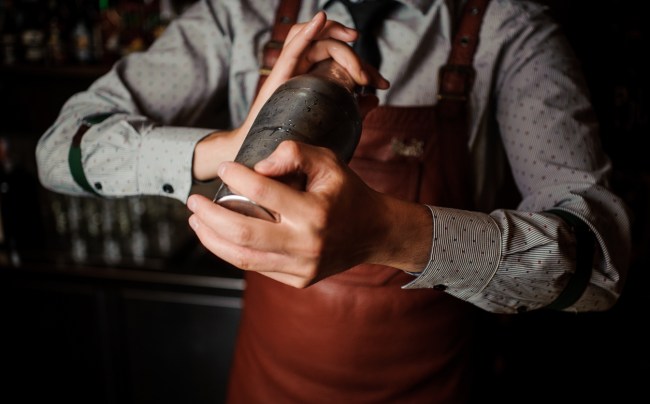 Welcome to Questions Bros Ask, a place where we answer the questions you didn’t know you needed the answer to. In our latest installment, we’re looking at the art of cocktail making and how long you should shake a drink before serving it.

I was at a clichély hipster bar in Brooklyn earlier this year when someone asked the leather apron-clad bartender how long they know how to shake a cocktail for. They replied they’d been doing it long enough to be able to tell when it’s ready just by the feel of the liquid, which was great for them but not super helpful for someone looking for a straight answer.

Over the weekend, I got in a killer arm workout whipping up margaritas for Cinco de Mayo, and while I like to fancy myself a fairly competent drink slinger, they seemed to be lacking the kick I was looking for.

While I was able to rectify the problem by throwing in some more tequila, I tried to get to the root of the issue and realized I never actually sought out an answer to the question my fellow bar patron posed a few months ago.

After doing a little bit of research, I got to the root of the conundrum and figured I’d do you all a solid by sharing my findings to answer the question that brought you here.

How Long Should You Shake A Cocktail? 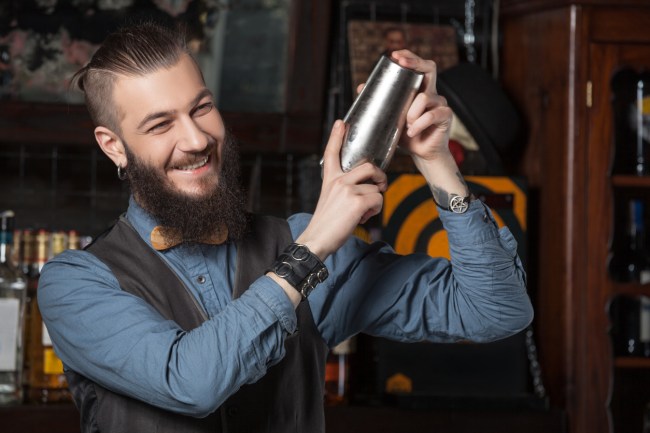 Before we get into the details, I have something I need to get off my chest if you’re willing to bear with me for a second.

With apologies to Dana Carvey’s character in Master of Disguise, I think it’s safe to say James Bond is the most iconic spy in the history of cinema. He’s been bedding countless women and committing incredible acts of espionage for over 50 years, an accomplishment that’s made even more impressive by the fact that he’s done so while being a crippling alcoholic.

Anyone who’s a fan of the franchise is familiar with Bond’s signature drink of choice—a vodka martini, shaken, not stirred—and anyone who’s familiar with the world of mixology knows that Bond has no idea how to order a drink.

A martini—which is traditionally made with gin—is meant to be stirred, not shaken. Doing the latter causes the ice to melt at a quicker pace, so at the end of the day, Bond is just ordering cold, watered down vodka (which, in fairness, is exactly the kind of drink I’d expect someone with a substance abuse problem to order).

Now that I’ve aired my grievances, we should also have a quick discussion about which drinks are meant to be shaken in the first place.

As a general rule, any cocktail where liquor is the main attraction—Manhattans, Old Fashioneds, and the aforementioned martini—should be stirred.

Shaking is largely designated to drinks where alcohol takes a bit of a backseat to the likes of fruit juices and cream—your daiquiris, White Russians, and Cosmopolitans (don’t let the haters judge you).

If you’re getting really fancy and making something with egg whites (like a sour or a fizz) then shaking is a requirement to get the signature foam that tops the cocktail.

Now that that’s settled, let’s dive into the details.

When it comes to shaking a drink you have a couple of options. The first is a cobbler, which is your “classic” mixing vessel. 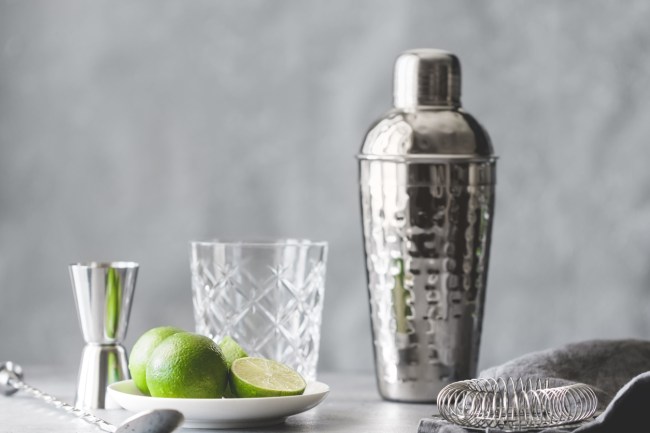 The other is a Boston shaker, which is a metal cup that uses a pint glass for a top instead of a traditional lid. 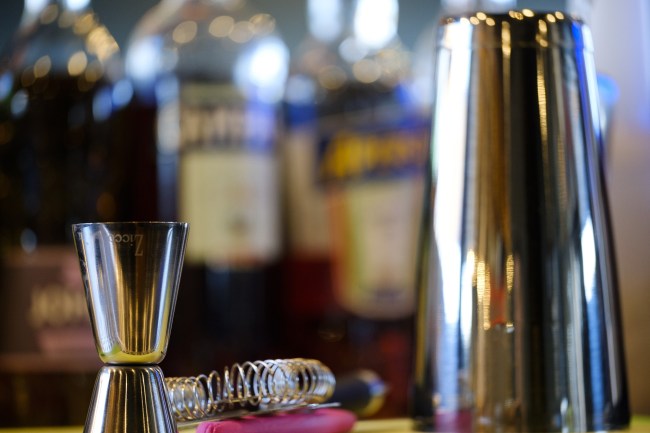 Regardless of which one you opt for, you’re also going to want to have a strainer on hand unless you’re serving on the rocks.

People much smarter than myself have taken an incredibly in-depth look at the science of shaking, so if you feel like getting in a little too deep, feel free to consult some other sources. However, here’s what the consensus seems to be.

If you have the time (and patience), you should try to cool the glass you’re serving your drink in before you start to prepare your cocktail (putting it in the freezer works but I like to fill mine with water and ice and dump it out prior to pouring).

A big factor you’re going to have to take into consideration when making a drink is how much ice to use. There are a couple of things to account for here: the less ice you add means the more you have to shake to reach your desired level of coldness but adding too much ice means you may increase your risk of dilution.

Once you’ve assembled your ingredients, it’s time to add the ice. From what I can gather, it’s generally recommended that you fill up your shaker of choice with “standard” ice cubes about half of the way (smaller cubes or chunks will accelerate dilution).

Now the fun part begins: shaking as vigorously as you can. If you watch Bar Rescue, I probably don’t have to tell you to smile and make eye contact with whoever you’re making the drink for (you can alternatively always stare into the eyes of your dog as a form of dominance).

So how long should you shake? You can usually tell when the drink is sufficiently chilled once the outside of the shaker begins to frost, but if you’re looking for a concrete number, 10 seconds is the way to go.

With that said, not all people shake the same way and all ice is not created equal, so if you’re looking for an excuse to drink, feel free to experiment until you find a count that works for you.