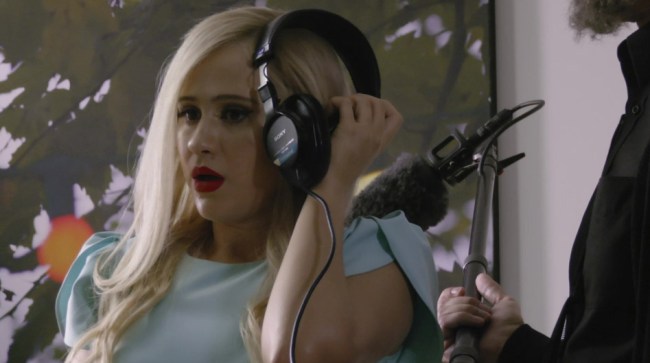 Even if you have zero interest in the Borat movies, it’s been essentially impossible to avoid the character over the last week or so given how viral the recently-released sequel has gone, particularly the compromising climactic scene involving Rudy Giuliani and Maria Bakalova, the 24-year-old actress who was posing as a right-wing journalist (and as Borat’s daughter).

Bakalova, who was an unknown talent prior to Borat Subsequent Moviefilm, was not only incredible on-camera but she was a stand-out during the casting process as well, as Sacha Baron Cohen recently revealed that the Bulgarian beat out 600 other actresses for the role. 600! That sort of widespread casting research is usually reserved for megabudget franchises like the Harry Potter films.

“She’s an incredible actor,” Baron Cohen told Good Morning America. “We interviewed 600 young women from all around the world and she’s hilarious. She is one of the most courageous actors in history.”

“She’s hilarious and has the capacity to deliver a scene and make you cry. That’s what finally got her the part. When we did the breakup scene in the movie, I had to stop it because I felt myself getting quite emotional. She’s one of a kind. Imagine coming to America for the first time and you’re playing a role with real people in some terrifying situations. She got through it all. She’s a revelation.” [via Good Morning America]

Baron Cohen was so effusive in his praise of Bakalova’s performance that he said it would be a “travesty” if she wasn’t nominated for an Academy Award. Given both the dearth of notable performances this year and how truly amazing Bakalova is in this film, I can’t help but agree that she deserves some award season recognition.