Do You Live In A State Full Of Lightweights? Map Reveals How Many Beers Americans Need To Get Catch A Buzz 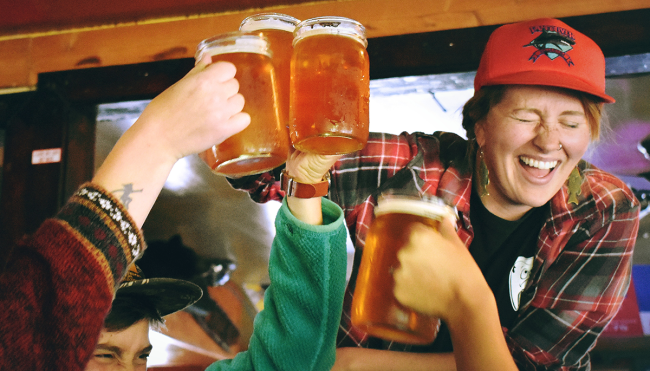 At the risk of revealing more about myself on the internet than I probably should, one of the more jarring aspects of transitioning from a college student to a Functioning Member of Society is coming to terms with the reality that pounding a six-pack of beer on most weeknights isn’t really a sustainable habit.

With that said, one of the upsides of becoming familiar with the concept of “drinking in moderation” after spending four years soundly ignoring it is the lowered tolerance that comes with imbibing like a normal person. In addition to giving your liver a much-needed break, your wallet also tends to take less of a beating when you don’t need to buy five rounds at a bar before catching a buzz.

Now, we have a better understanding of how much a “normal person” actually needs to get tipsy courtesy of Upgraded Points, which conducted a survey of over 2,000 Americans in a quest to discover how many beers the average person needs to drink to hit that perfect sweet spot.

Based on the data, the average drinker needs 3.49 beers to get where they’re looking to go, but the study also broke down the numbers on a state-by-state basis to see how tolerances vary in different parts of the country. 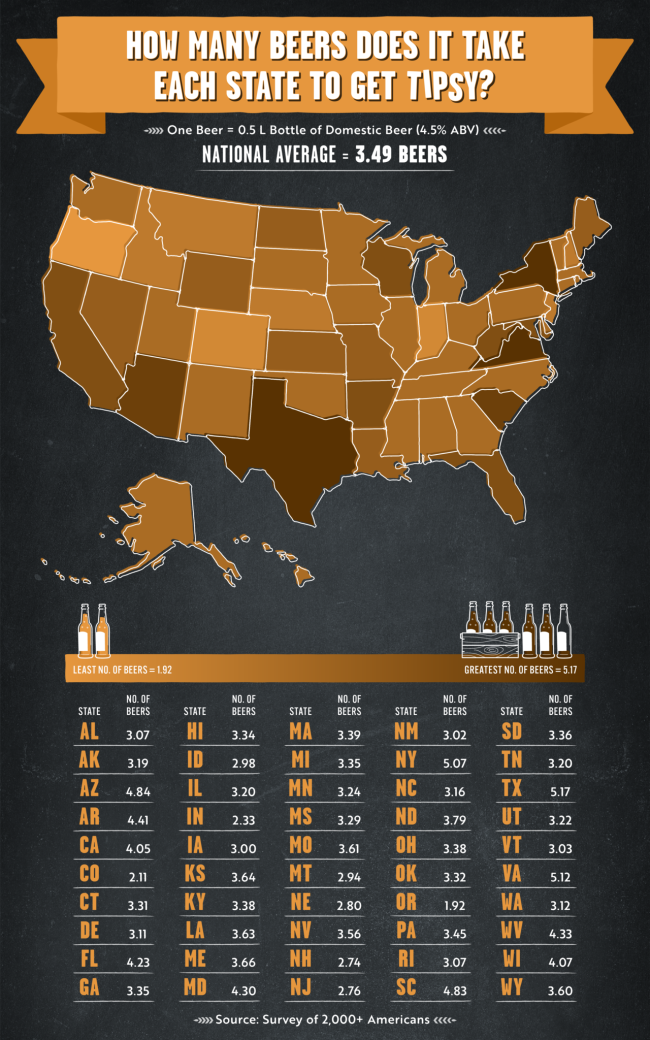 I would’ve assumed Utah would’ve been home to the biggest lightweights in the United States, but in a surprising upset, Oregon actually ended up at the back of the back, as the average respondent only needed 1.92 beers to get buzzed. When it comes to the other end of the spectrum, Texas took the crown at 5.17, with Virginia and New York securing the silver and bronze with a respective 5.12 and 5.07.