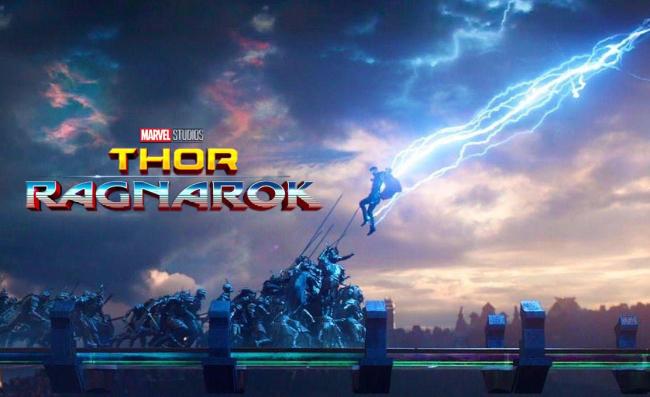 Three years ago today — on November 3, 2017 — Thor: Ragnarok hit theaters and changed the shape of the Marvel Cinematic Universe.

Previously responsible for two of the MCU’s worst films in Thor and Thor: The Dark World, the God of Thunder was beginning become a bit of dead weight for the franchise as Marvel Studios seemed unsure of how to best utilize and merge Chris Hemsworth’s talent with the lore of Thor. And then Taika Waititi came along.

Known for his eccentric style of filmmaking, Waititi finally understood that both Hemsworth and the Thor character as a whole would be better served if the films built around them embraced their comedic talents and inherent absurdity, respectively. A thousand-year-old demigod traveling the cosmos and carrying a magical hammer is, at its core, absurd, and Waititi wisely fashioned that base absurdity into comedic blockbuster entertainment that was carried by Hemsworth’s underrated understanding of the art of making people laugh.

As a result, not only is Thor: Ragnarok widely considered to be one of the best Marvel Cinematic Universe movies, but the God of Thunder went on to become integral to Avengers: Infinity War and Avengers: Endgame — if you think about it, Thor actually has the most dramatic arc across the two films — and will become the first Avenger to get a fourth solo film when Thor: Love and Thunder hits theaters next year (fingers crossed).

Previously the definition of unrelatable, Marvel Studios finally understood that the more they’re able to make Thor like you and I, the stronger the relationship between the audience and the character becomes. Despite the fact that throwing a godly battle ax into the chest of a giant genocidal purple alien is likely something we’ll never do, we all understood and related to the guilt Thor felt after feeling like he and he alone failed the universe by not killing Thanos. The way Thor dealt with that guilt — the drinking, the weight-gaining, the emotional turmoil — has more in common with mankind than it does with Norse Gods, thus making his eventual redemption and recovery all the sweeter.

Where the God of Thunder goes from here is perhaps their biggest challenge when it comes to the character yet, as the departure of Tony Stark and Steve Rodgers now makes the otherwordly God of Thunder the pseudo-elder statesman of the Avengers.  With Hemsworth still being just 37-years-old and Thor now firmly established as one of the franchise’s leads, Marvel Studios would be wise to maintain the trend of recent years and continue to lean into the character and his world, as their recent endeavors in doing so have yielded some of the MCU’s best films yet.