Lie Detector Tests Are Mind Games. Here’s How to Beat Them 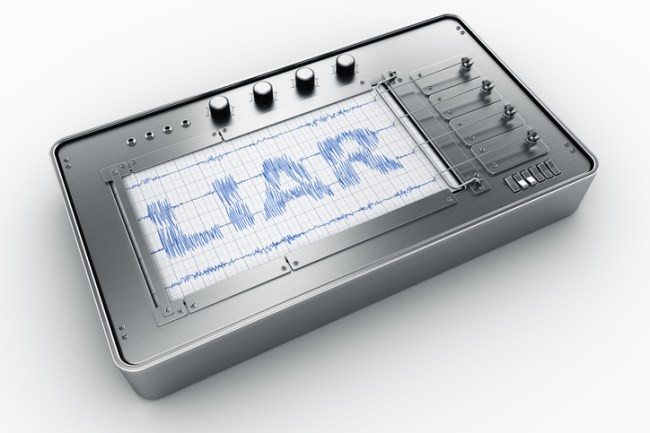 Anyone who has ever been a suspect in a serious crime understands that part of the police interrogation process always seems to gravitate toward a polygraph test at some point. This is where the impending doom sets in. It doesn’t matter if a person-of-interest is guilty or not, the idea of submitting to something more commonly referred to as a lie detector can spark a remarkable level of anxiety and fear, convincing even the purest specimen of humankind that, once those needles start dancing around, they will be exposed for one or more despicable truths for which there is no salvation.

Politician Sam Erwin, who was part of the Watergate investigation that eventually brought down Nixon, said once that, “polygraph tests are 20th century witchcraft.” At the same time, CIA officials have revered the test as “the single most effective tool available to ferret out spies.”

But does it actually tell when someone is lying?

The polygraph, which was invented in Berkeley, California in 1921, has been proven ineffective countless times – the reason the results are inadmissible in a court of law. Still, whether the machine, which works by measuring heart rate, breathing and electrodermal activity, can truly determine whether a person is feeding a line of bullshit has been the subject of much controversy since the machine was created nearly 100 years ago.

In fact, scientific reviews of the polygraph have consistently shown that “there is no lie detectors, neither man nor machine.” A 2015 study published in the Crime Psychology Review found that “when individuals actively attempt to detect deception, their accuracy levels are barely above chance.” 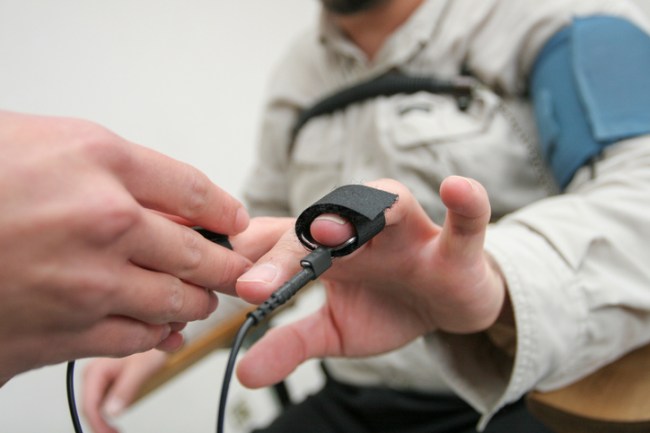 This is an interesting revelation considering that law enforcement at the state and federal level continue to strap this machine to people in hopes of identifying or discounting suspects.

So, if the machine is useless, why is it still being used?

It turns out that the reason police and national security agents continue to employ the polygraph is because it is a solid “misdirect” and can useful in cracking a suspect when used by master interrogators.

The polygraph is still considered a successful shakedown tool because it creates a psychological placebo effect, according to a recent article from Popular Science. It sort of mind fucks a guilty person into making the kind of mistakes that police can use to further their case.

But in no way is reading someone’s cardiovascular or respiratory response the same as tapping into their mind. Not even close. Still, this doesn’t mean that the polygraph doesn’t work, says John Synnott, an expert in investigative and forensic psychology at the University of Huddersfield.

Yet,  on the flipside, this does not mean a polygraph can detect lies, he added.

After all these years, the scientific community still has not embraced the polygraph. Because sometimes the test can be cheated.

It has been shown that serial killers, like Gary Ridgeway and Ted Bundy, have been able to foil the polygraph because their anxiety levels are lower than someone with a conscience. Psychopaths do not feel empathy or experience other emotions in the same way as most people, so connecting them to one of these machines can turn out mixed results.

Some argue that polygraphs have no scientific basis because they were created by law enforcement, not scientists.

“It’s dangerous and irresponsible to place any reliance on polygraph outcomes,” George Maschke, a former US Army intelligence officer and co-founder of AntiPolygraph.org, told the BBC. “Polygraphy has not advanced in the way a scientific field would, and that is because it’s not a science, it’s an interrogation technique. It can be useful in getting confessions, but it is not reliable in and of itself.”

All a person has to do, he says, is bite down on their tongue hard when answering the pretest questions. The tester will gauge what a lie looks like for a particular person by asking them things like, “Have you ever stolen money?” or “Have you ever cheated on a test?” Biting the tongue while telling a lie will set off myriad physiological reactions that will help skew the test. Then when the tester comes at the suspect with the real questions, Tice says they should just sink in to calm thoughts, like “drinking a beer” on a summer night. Although the needle will react when they lie, it will not be significant because of how the pre-test questions were answered.