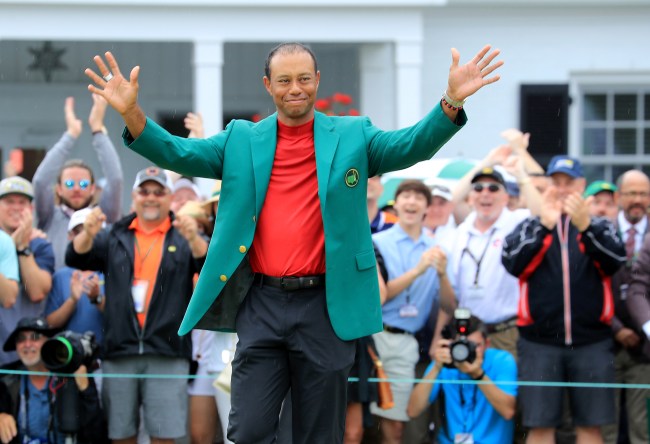 Husband To Name Son ‘Tiger’ After

Tiger Woods’ epic 2019 Masters win will be embedded in the hearts and minds of sports fans across the globe for generations. Many of us will tell our children that we witnessed arguable the greatest comeback in sports history while we were blind drunk on Masters weekend. For one child, he will be reminded of the monumental victory every single day of his life.

A Texas man named Trey Little bet his wife, Denise Coleman, that if Tiger Woods won the Masters, they would have name their son after the golf legend due to contractual obligations…

Trey drafted up the contract one day while he was bored at the hair-restoration practice he works with his wife. He presented it to her in the break room: “If Tiger Woods wins the Masters this week, I (father) get to have the option of naming our son Tiger Little.”

“This whole thing started almost as a joke, then it turned into something really real, really quick,” Trey, 25, told the New York Post.

“We went crazy, we were so happy,” Trey says. “We were so emotional just watching him win — we would have had the same reaction even if our son’s name wasn’t involved!”

When asked whether Tiger’s past personal trials and tribulations would serve as a deterrent for naming their son after him, Trey scoffed at the idea.

“Anyone who has really followed him would know that he’s come a long way personally,” Trey says. “He just appreciates where he is in life now.”