Is This Man Who Robbed A Bank The Day Before His Wedding To Pay For The Ring And Venue Prison’s Most Hopeless Romantic? 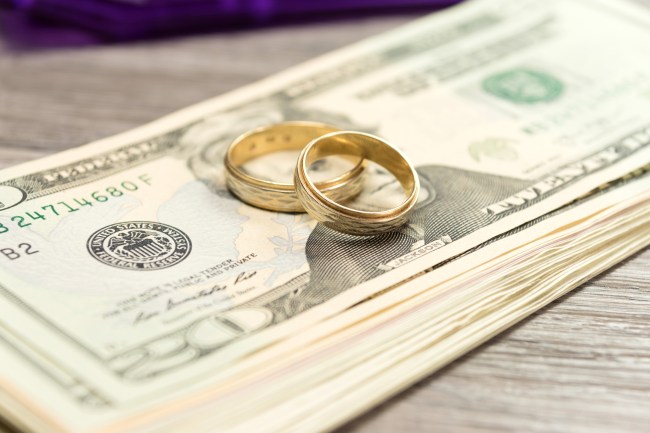 That is why when I stumbled across this story of a man robbing a bank to pay for costs associated with a wedding, I felt more empathy than outrage. After all, the dude was just robbing to get robbed.

A Texas man named Heath Edward Bumpous was charged with aggravated robbery for allegedly threatening a Citizens State Bank teller with a gun in pursuit of money to pay for his upcoming nuptials.

“He basically stated that he was getting married tomorrow so he didn’t have enough money for a wedding ring that he wanted to buy and he needed to pay for the wedding venue,” Trinity County Sheriff Woody Wallace said.

#Texas man accused of robbing bank on Friday in #Groveton to pay for wedding ring, venue, sheriff says. Heath Bumpous was to be married on Saturday. https://t.co/0FIAvTmauu pic.twitter.com/FPhyuLds5u

Bumpous, a former EMS worker, threw his black clothes out the window as he sped away with a fat wad of stolen cash.

The story takes a wild turn when his fiancée stumbled across a Facebook post of the suspect on the department’s Facebook page in hopes of employing the public to capture the groom-to-be.

“His fiancée, who he was supposed to marry tomorrow, was able to get in touch with him on the phone when she saw our post on Facebook. She knew it was him. She contacted him and asked him if he robbed a bank … she convinced him that she knew it was him. His picture was all on Facebook. He needed to turn himself in.” Wallace said.

Bumpous did just that, turning himself in at the Houston County Courthouse with his gun and most of the stolen money. Sheriff Wallace claims that he’s been charged with aggravated robbery and “will be prosecuted to the full extent of the law.”

No word on whether his fiancee agreed to marry Bumpous, but in my experience, chicks love bad boys so this may be a sexy new wrinkle in their relationship. You know, after the jail time, lawyer expenses, and never-ending fines.

Hey, probably cheaper than a wedding.