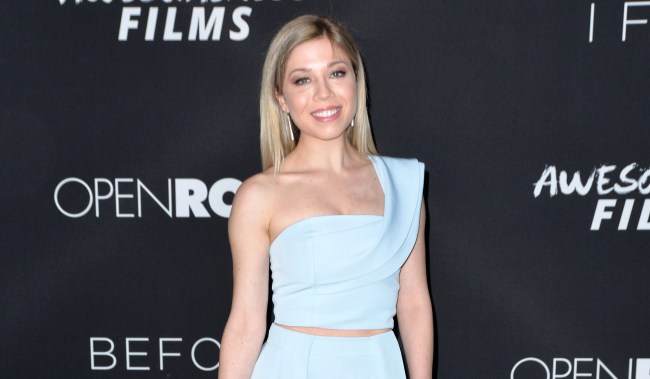 For many of the fans of the classic Nickelodeon kids sitcom iCarly Jennette McCurdy and her character Sam Puckett was the best part of the show.

Unfortunately, the 28-year-old doesn’t see it that way and won’t be coming back for the iCarly reboot that will soon be airing on Paramount+.

McCurdy played Sam from 2007 to 2012 on iCarly before joining Ariana Grande in a spinoff Sam and Cat where Grande played Cat Valentine from another Nickelodeon show Victorious from 2013 to 2014.

Since then, McCurdy starred as the main character Wiley Day in the Netflix drama Between, several short films, a direct-to-video movie titled Little Bitches, and had just begun a one-woman show called I’m Glad My Mom Died that was forced to shut down due to the pandemic.

In a recent episode of her podcast Empty Inside, McCurdy sounds like she carries very little pride in the roles she’s played over the years as an actor.

“I quit a few years ago to try my hand and writing and directing — it’s going great. I quit a few years ago because I initially didn’t want to do it,” McCurdy told her guest on the show Anna Faris. “My mom put me in it when I was six and by sort of age, I guess, 10 or 11, I was the main financial support for my family. It was very much like, my family didn’t have a lot of money, and this was the way out, which I actually think was helpful in driving me to some degree of success because I don’t think I would have been as ambitious.”

McCurdy says that after her mom passed away she felt she was finally free to give up on acting.

“My experience with acting is, I’m so ashamed of the parts I’ve done in the past. I resent my career in a lot of ways. I feel so unfulfilled by the roles that I played and felt like it was the most cheesy, embarrassing,” she continued.

“I’m so ashamed of the parts I’ve done in the past. I resent my career in a lot of ways. I feel so unfulfilled by the roles that I played and felt like it was the most cheesy, embarrassing. I did the shows I was on from, like, 13 to 21, and by 15 I was already embarrassed. My friends at 15 weren’t like, ‘Oh cool, you’re on this Nickelodeon show.’ It was embarrassing. And I imagine there’s a very different experience to be had with acting if you’re proud of your roles and you feel fulfilled by them.”

However, she did not completely shut the door on making a return to acting some day, saying, “I feel like I have a point of view, and I have a vision. We’ll see where things are in a few years.”

For now though, she’s pretty much done.