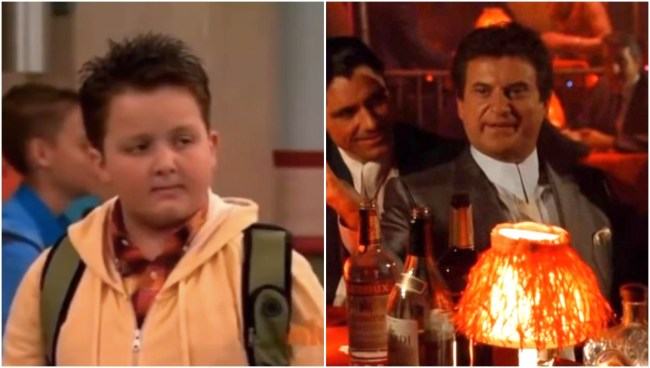 Outside of the fact that Emily Ratajkowski was on the show, I don’t know a damn thing about iCarly. I doubt you do either. I was born in ’93 and iCarly was released in 2007 — by that time I was already getting drunk off plain Smirnoff during my freshman year of high school. Youth, am I right? Drake & Josh was more my era.

But none of that really matters — that’s the beauty of the internet. You can find these golden nuggets in the endless universe that is the world wide web without even looking for them. To think, just this morning, I was a humble, simple-minded man who *didn’t* know that iCarly once spoofed The Wire. Now I do. Life comes at you fast and I’m sure as hell glad it did on this one, because it’s one of those moments that makes you wonder if our Simulation Overlords actually know what they’re doing after all.

Can we talk about the time iCarly spoofed a scene from The Wire pic.twitter.com/ppNaPchkXC

To make it even more confoundingly hilarious, this shtick was apparently a mini-running joke on iCarly, as the series also did a riff on the iconic Billy Bats “go home and get your shine box” scene from GoodFellas (my fourth favorite movie of all time, for those keeping score at home):

they did goodfellas too lol pic.twitter.com/E0M7ia9TA3

Perhaps most enjoyable is the idea of seeing this at the moment. These references likely went over the head of literally every kid watching, sure, but imagine being a young parent in the mid-2000s, on God-knows-what-hour of watching dogshit children’s television, and suddenly you realize that the portly teenager on Nickelodeon is doing a Joe Pesci impression. If that did happen to anyone, hopefully, they had TiVo (any Gen Xers reading, let us know in the comments if you know what TiVo is) so they could double-check, otherwise, they may start questioning their own sanity. “Wait a minute, did iCarly just squeeze in a Scorsese homage?” he wondered to himself before shrugging off the thought as nothing more than his increasingly middle-aged mind playing tricks.