Immaculately Preserved Ice Age Cave Bear Discovered, Could Be 40,000 Years Old: ‘First And Only Of Its Kind’ 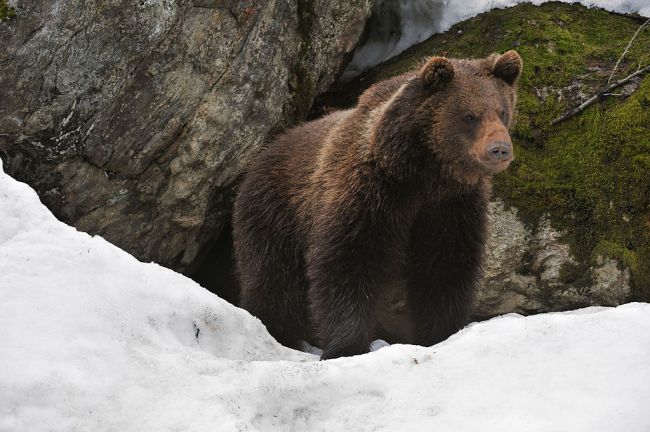 An immaculately preserved cave bear from the Ice Age was discovered in Russia, inside the Arctic Circle. The carcass of the cave bear is so perfectly preserved that soft tissue, including its nose, are intact despite being potentially 40,000 years old.

We take you to the island of Bolshoy Lyakhovsky, part of the New Siberian Islands that are located north of mainland Russia in between the Laptev Sea and the East Siberian Sea. That is where reindeer herders discovered the primordial animal because the permafrost melted enough to expose the Ice Age cave bear, a species that likely went extinct as recently as 15,000 years ago.

“Today this is the first and only find of its kind – a whole bear carcass with soft tissues,” North-Eastern Federal University scientist Lena Grigorieva said on Monday in a statement. “It is completely preserved, with all internal organs in place including even its nose. Previously, only skulls and bones were found. This find is of great importance for the whole world.”

HUGELY EXCITING! A cave bear carcass has been recovered from the permafrost on an Arctic island – “the first and only find of its kind.” The preservation is remarkable; all internal organs are present. And that nose! Wonderful 📷 NEFU https://t.co/U6nayPIsIp pic.twitter.com/gzggoCyHmA

Preliminary inspection of the adult cave bear indicates that the prehistoric animal lived between 22,000 to 39,500 years ago. Senior researcher Maxim Cheprasov from the Mammoth Museum laboratory in Yakutsk, Russia, said that scientists would perform radiocarbon analysis to determine a more exact timeframe of when the cave bear roamed the Earth.

Researchers may also carry out isotopic analysis of the bear’s teeth to provide insight on the animal’s diet and geographic range. Scientists are not positive if cave bears were herbivores or an opportunistic omnivore like the modern brown bears.

Cave bears (Ursus spelaeus) lived in England, Belgium, Germany, Russia, Spain, Italy, and Greece, during the Middle and Late Pleistocene period (the Pleistocene Epoch began 2.6 million years ago and lasted until 11,700 years ago). The massive cave bears weighed 880 to 2,200 pounds, and stood at a height of 11.5 feet.

Cave bears are believed to have gone extinct between 15,000 to 27,800 years ago, which “coincides with a period of significant climate change, known as the Last Glacial Maximum, when a marked cooling in temperature resulted in the reduction or loss of vegetation forming the main component of the cave bears’ diet,” according to Phys.org.

So when do we go all Jurassic Park and bring this prehistoric bear back to life? We’re still waiting for science to resurrect a 28,000-year-old woolly mammoth from Siberia and a 50,000-year-old lion from the Ice Age.