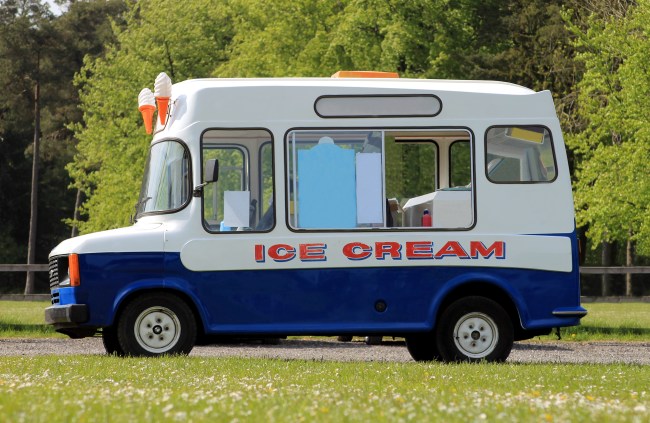 You might love the dessert, but you might not know the history behind the song associated with it.

In news that should surprise nobody, the ice cream truck jingle “Turkey in the Straw” has some racist history. It shouldn’t be surprising because of the name. Turkey in the Straw? Can you feel it? If that song title were a Twitter account, you just know if you dig back a few years, you’re going to unearth some preeeetty questionable tweets. It has that racist itch to it.

Turns out the song was used in lots of minstrel shows, where the performers would add their own racist lyrics to it. So, it has to go. Enter RZA from the Wu-Tang clan:

TMZ– So, what’s the problem with the OG jingle? If you hadn’t heard … “Turkey in the Straw” had no racist undertones when it originated from British and Irish folk songs, but took a sad turn when it got popular in the U.S.

It was big at American minstrel shows during the 1800s, and some blackface performers added incredibly offensive and racist lyrics. It was eventually played inside ice cream parlors, and then ice cream trucks too.

It’s pleasant enough. Doesn’t have that tinny repetitiveness of the old song, but maybe that’s a good thing. Gotta wonder how many ice cream truck drivers eventually stuck needles in their ears just to avoid hearing the damn loop one more time. Will RZA’s version be adopted by ice cream trucks around the country? Maybe. I was definitely hoping for some lyrics, if we’re honest. But sure, we can pivot to this. I don’t think any kids are going to get confused when the ice cream truck rolls through with a new tune.

It feels like at this point, anything that was made before maybe 1980 is going to have some racist undertones. It’s almost as though the country needs to restart its collective computer. Let’s update all the apps, people. Time to move this baby into a new age where we dispose of all the old, racist stuff. Because it’s annoying to do it all piecemeal like this—one song, one hand gesture, one clothing brand at a time. Let’s toss alllll the potentially racist stuff into one big garbage bin and light that sucker on fire. If we burn a few non-racist things along the way, oh well. They were old anyway.