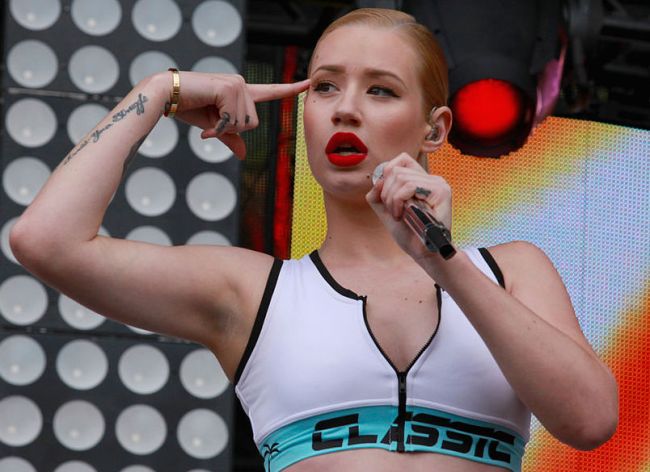 Iggy Azalea managed to attract plenty of haters after bursting onto the hip-hop scene toward the beginning of the previous decade, but as far as I’m concerned, she is easily the most talented white rapper from Australia named after a reptile and a flower the rap game has ever seen.

The artist’s ascension to stardom is one of the more fascinating come-ups you’ll ever come across, as she moved to the United States at the age of 16 to pursue a career in music and eventually made her way to Atlanta. Upon her arrival, she honed her skills on the mic and developed a unique style that resulted in her abandoning her Down Under accent, which gave way to an inflection that is the encapsulation of what you’d expect from someone attempting to sound like what they think a rapper is supposed to sound like (which more than a few people have derided as a “blaccent”).

Thanks to a combination of passable skill and some impressive networking that eventually led to her being taken under the wing of T.I., Azalea slowly but surely made a name for herself and even managed to win a coveted spot on XXL’s “Freshman List” in 2012. A couple of years later, she found herself thrust in the spotlight following the release of her breakout hit “Fancy” and managed to stay there for a little while longer thanks to her verse on Ariana Grande’s “Problems.”

However, her success didn’t come without its fair share of controversy. After being thrust into the spotlight, she became one of the many public figures hit with the “Problematic” label after being hounded by accusations of cultural appropriation and some questionable moves she’d made during her rise—including her decision to reference a Kendrick Lamar verse where he referred to himself as a “runaway slave” by throwing “master” at the end during a remix she recorded in 2012.

However, that snafu was arguably overshadowed by her infamous decision to perform that verse acapella during her performance at the 2013 Splash! Festival. To her credit, she altered the line in question to refer to herself as a “runaway train master,” but that was arguably the most intelligible part of a disastrous 45-second freestyle that randomly popped back into my life earlier today, which was as good of an excuse as any to remind the world that it exists.

That clip made the rounds on Twitter in 2018 and resulted in Azalea sharing she “literally wanted to die” after it was dug up in a now-deleted tweet, but unfortunately for her, that’s not the only video of her attempting to freestyle only to crash and burn in a truly spectacular fashion that will live forever online to be mocked for posterity.

In 2013, the rapper managed to land an appearance on Sway in the Morning, which has been the source of some absolutely incredible freestyles over the years. Sadly, hers is not one of them, as she almost had to avoid spitting out her coffee after being invited to spit a verse on the spot as if she didn’t expect to be asked to showcase her lyrical prowess like basically every artist who gets invited on the show.

She may have spent years doing as much as anyone with her background could do to cultivate a “hood” image but she neglected to spit over the “hood-ass beat” selected for her and opted to go the acapella route yet again.

There are plenty of ways you could describe that performance but there’s perhaps no more succinct way to sum it up than how a caller identified as “John in Tennessee” did when he proclaimed “that shit is fuckin’ trash.”

It didn’t take long for Azalea’s personal life to overshadow her music career after she blew up thanks to her rocky relationship with Nick Young in addition to a rumored fling with Odell Beckham Jr., and while she pops back into the headlines every now and then, she’s largely fallen off the map. She may be mostly gone from the public eye, but thanks to the power of the internet to preserve videos like these, we can take solace in knowing she’ll never be forgotten for all of the wrong reasons.