I’m Happy To Announce That I’ve Found My Forever Barber In Hoboken, NJ, And I Feel Sexy Again 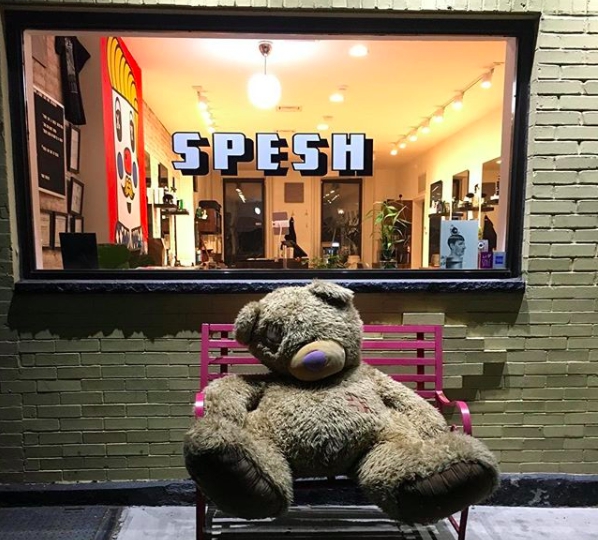 When someone says the word ‘artist,’ who pops into your head? Picasso? Bob Ross (RIP)? Bill Madison? That blue duck was abstract AF and would have sold at auction for a cool billion if Banksy drew it. Billy could have bought his dad’s Fortune 500 company and hired Eric Gordon to shine his shoes with the profits. Do I smell a sequel? Or is that the burning bag of shit on Old Man Clemens’ doorstep?

I’m moving too far away from my point, which is that we historically view artists as people with easels or a blue crayons. We rarely think of them with clippers and texturizing scissors. But we should, because just as there is shitty art (See: most of it), there are shitty haircuts (See: SuperCuts). And a shitty haircut can turn your world upside down for a week. The only time art’s done that was when Matt Damon mocked Robin Williams’ painting in Good Will Hunting and Williams had an existential breakdown.

Well, this past weekend I was slated to give a best man speech at a wedding and had an urge to get my hair cut by an artist, to distract the 250 wedding attendees from my face.

I had got a recommendation from a friend to check out this place called SPESH in Hoboken, New Jersey, a stone’s throw from NYC and my place in Brooklyn. SPESH, I soon learned, has become the go-to spot for New Jersey Devils players and other big swingin’ dicks in the area.

My buddy called the owner, Steve, a “wizard with the scissors” and personally guaranteed a cut so fresh, I’d have sex within 48 hours of getting it. And with a girlfriend of 2 years, that is no small feat. Here is Steve giving a Stormtrooper an uptown fade.

But I wasn’t going to just leave the fate of my best man speech in the hands of a stranger who my quasi-alcoholic vouched for. So I treated the shop like I Tinder prospect, I creeped the hell out of SPESH’s Instagram account.

The exact moment I was sold….look at this piece of art:

“What can I do for you today?”

“You know if a Supreme line banged a bottle of dip spit?”

That’s the best head I’ve seen since my cousin gave me his Brazzer’s password. Sheesh.

For real though, I went in there hoping for SPESH to live up to the hype and I left with a whole new outlook on what a barber shop could be. Every single chair was full, every haircut felt inspired. The place emulated energy and culture. I couldn’t tell which was more impressive: the product or the brand.

Bottom line: if you’re in the New York/New Jersey area and pinballing between inconsistent barbers and uninspired cuts, check out SPESH on 932 Washington Street in the heart of Hoboken. Make an appointment on their website, or walk-in.

For first timers, name drop BROBIBLE for $5 off your first cut.