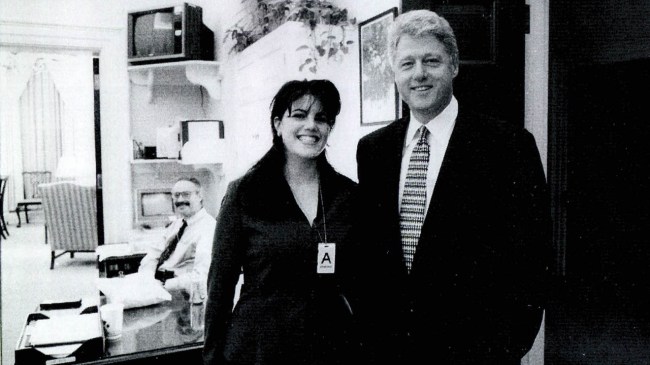 One of the most acclaimed series on television is set to make a comeback, as FX recently announced what the third season of American Crime Story will cover.

At the Television Critics Association’s summer press tour on Tuesday, August 7, FX announced that the third season of their acclaimed series American Crime Story will tackle the Monica Lewinsky and Bill Clinton scandal. FX also announced that Lewinsky herself will serve as a producer on the show.

Titled Impeachment: American Crime Story, the third season of the hit FX series is based on the Jeffrey Toobin novel A Vast Conspiracy: The Real Story of the Sex Scandal That Nearly Brought Down a President.

Impeachment will star frequent Ryan Murphy collaborator Sarah Paulson as Linda Tripp, Beanie Feldstein as Monica Lewinsky, and Annaleigh Ashford as Paula Jones. At this time, there is no word on who will be portraying President Bill Clinton.

“This franchise re-examines some of the most complicated, polarizing stories in recent history in a way that is relevant, nuanced and entertaining. Impeachment: American Crime Story will likewise explore the overlooked dimensions of the women who found themselves caught up in the scandal and political war that cast a long shadow over the Clinton presidency.”

American Crime Story — a spin-off of FX’s acclaimed American Horror Story — first premiered back in 2016 with its first season, The People v. O. J. Simpson. The second season, The Assassination of Gianni Versace, aired in 2018.

Both The People v. O. J. Simpson and The Assassination of Gianni Versace won the Emmy Award for Outstanding Limited Series.

At this time, Impeachment: American Crime Story is set to premiere on Sunday, September 27, 2020.