In A Genius Piece Of Casting, Jim Carrey Will Play Joe Biden On SNL This Fall 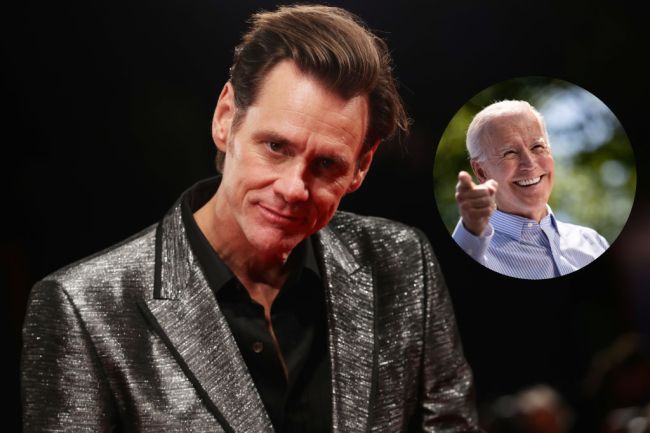 My god, Saturday Night Live has absolutely hit it out of the park with this one.

The news, which was just announced today, was revealed by none other than SNL czar himself Lorne Michaels in an interview with Vulture. In addition to Carrey joining as Biden, Maya Rudolph will return as Kamala Harris, while Alec Baldwin will continue to portray Donald Trump.

In a new interview with Vulture, SNL boss Lorne Michaels revealed that Jim Carrey has signed on to play Democratic presidential candidate Joe Biden. “You’ll see the same people. I mean, Maya Rudolph is coming back, and Alec Baldwin will be back. And Jim Carrey is going to do Biden,” Michaels said, explaining that the casting started with Carrey expressing interest for the part, and then “it came down to discussions of what his take was … He will give the part energy and strength, and hopefully it’s funny.” [via Vulture]

Now, to be contrite, I’m definitely a biased source, as Jim Carrey was one of my childhood heroes growing up. But when it comes to pure physical ability, there’s arguably no one out there better equipped to play the melting-before-our-eyes Joe Biden. Just think back to Carrey’s Fire Marshall Bill character from In Living Color and how much it resembles present-day Biden. Seriously, the resemblance is almost uncanny.

While the 58-year-old Candian comedic icon has certainly made his political beliefs well-known in recent years, Biden being such a cartoonish character makes the chance to play him too good of an opportunity to pass up, even for someone as openly left-leaning as Carrey. Plus, if SNL can get the pair in a scene together as they did with Larry David and Bernie Sanders, then we could be in store for more political comedic gold.

The 46th season of Saturday Night Live — which will probably be one of the iconic sketch comedy series’ most-viewed and scrutinized seasons in recent years — will premiere on NBC on Saturday, October 3.