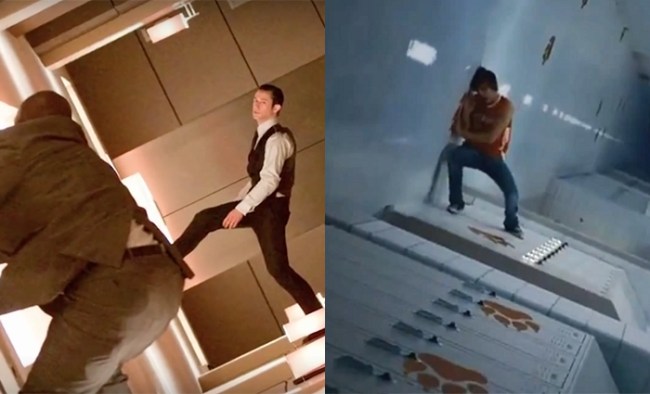 Christopher Nolan has been blowing audiences away ever since he kicked off his film career with Following in 1998. Since then, he’s changed the way the world looks at superhero movies with his Batman trilogy and twisted countless minds into pretzels with Memento and The Prestige but there’s one particular bright spot on his elite résumé that I personally think outshines all of the others: Inception.

Inception features an ensemble cast including Leonardo DiCaprio, Ken Watanabe, Joseph Gordon-Levitt, and Marion Cotillard in addition to boasting some insane visuals and the kind of audio effects you can almost feel, all of which helped the movie garner eight Academy Award nominations (including Best Picture). The plot is pretty confusing so I’m not going to even attempt to explain it here, but if you STILL haven’t seen this movie, you should do what you can to fix that.

In a world where reboots, remakes, and sequels reign supreme, Nolan’s films tend to radiate an aura of originality and provide viewers with a much-needed breath of fresh air. With that said, all art is derivative in one way or another and even the greatest minds draw inspiration from other places.

In the case of Inception, it sure seems like Nolan drew from another cinematic masterpiece when crafting arguably its most iconic scene: High School Musical 3: Senior Year, which someone on Twitter recently pointed out features a sequence that’s eerily similar to the set piece that captivated moviegoers two years later.

If you’re somehow unfamiliar, the scene in question is the fight that takes place in a hallway where the laws of gravity don’t apply, which relied almost entirely on practical effects and required the construction of a giant centrifuge to pull off.

Coincidence? Maybe. Maybe not. I mean, we really can’t deny the cultural impact the High School Musical franchise had, as it launched the likes of Zac Efron and Vanessa Hudgens into stardom and helped Disney Channel make television history with the ratings it garnered. While the final installment received a theatrical release, more people between the age of six and 11 tuned in to the second one than any other television event to come before it—which is interesting when you consider Nolan’s children were eight and six years old when Senior Year came out.

Do with that what you will.

There’s also the possibility Nolan is just a big High School Musical guy on his own, which is nothing to be ashamed of. I just wish he’d give credit where credit is due. At this point, I don’t know if I’ll still be alive when Tenet gets released but you can be damn sure I’ll be looking to see if he ripped off the Disney Channel Original Movie Minutemen at any point.

I’m on to you, Christopher. You’ve been warned.