Influencers Are Being Forced To Take Sides Politically, Or Face Becoming Irrelevant 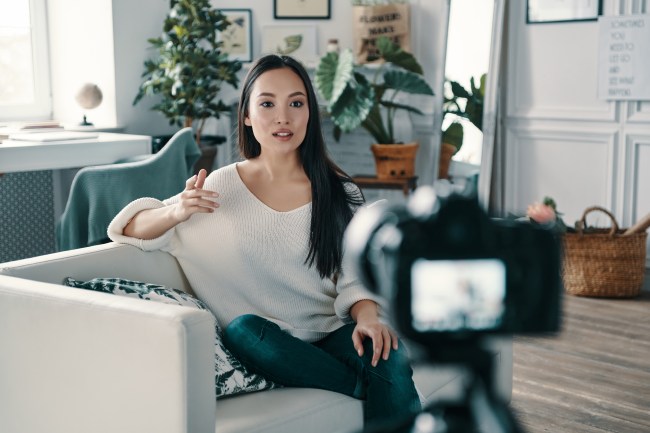 Influencers used to be able to ignore current events. Not anymore. Those who continue to face the risk of appearing so laughably out of touch that it renders anything else they have to say irrelevant. https://t.co/tRBXp0X927

What’s the famous MJ quote? “Republicans buy sneakers too” Well, influencers are now being forced to realize that republicans swipe up too. Just like democrats, and libertarians, and nihilists. So choose a side, and then tell us about your skin care routine. Because we’re finding it impossible to watch vlogs without knowing how the vlogger feels about universal healthcare.

The era of influencers being apolitical online is over. Influencers who continue to post their usual content without acknowledging the realities of this country face the risk of appearing so laughably out of touch that it renders anything else they have to say irrelevant.

A spokesperson for Betches told BuzzFeed News they “recently decided to close down the Betches Brides Facebook Group because many women were shaming each other for things way beyond their wedding choices.

What a line. “Face the risk of appearing so laughably out of touch that it renders anything else they have to say irrelevant.” Oh, you mean that unless @blondeswhoeatyogurt provide me with their views on Amy Coney Barrett’s suitability for the bench, I’ll consider their Chobani vs. Fage review irrelevant? Guess what, Buzzfeed… we’re already there. We’ve been there for a while.

Look, I realize the power and influence these personalities wield. If you have a million followers, you can legitimately impact the way a LOT of people think about things. And by all means, use that influence for good. But the idea that there are people who can’t watch their favorite TikToker perform a 24-second dance in his living room without hearing his views on fracking is hilarious to me. Imagine how this might play out?

@thenomadbro stops arguing with the concierge at a boutique hotel in the Maldives over what was meant by “three posts and two swipe-ups” to toss in his two cents about Trump’s roll back of EPA restrictions.

@flexiblelexible steps out of warrior 2 to retweet an article debunking the risks of mail-in voting.

Look, of course it’s good for influencers to actually talk about this stuff. My issue is that for so many of them, telling people “go vote!” is such pathetic lip service. It’s a cursory, skin-deep demonstration meant to check the box, to cover their bases and let their fans know they did their part.

You know what would be better, influencers? If you actually explained to your 1.2 million followers WHY they should vote. You know, hop on a quick periscope and explain that America can hardly espouse the merits of democracy to foreign nations when less than 60% of our eligible voters take part in the process? When over a THIRD of the people who COULD VOTE just say, eh, who cares?

For my part, I stay out of the political arena on my social media channels because I’m not so narcissistic to think that anyone gives a crap about my opinion. And I’m pretty narcissistic, so that’s saying a lot. I’m an entertainer, not a pundit. I don’t know enough about these things to feel that I can responsibly weigh-in. I don’t want to contribute to the mountain of opinion-based half-truths that currently muddy the waters of the internet. Asking influencers to divulge their political opinions is a good start. But asking them to do a little research and provide road maps to information sources for their fans to LEARN about social and political issues is a much better way to go.