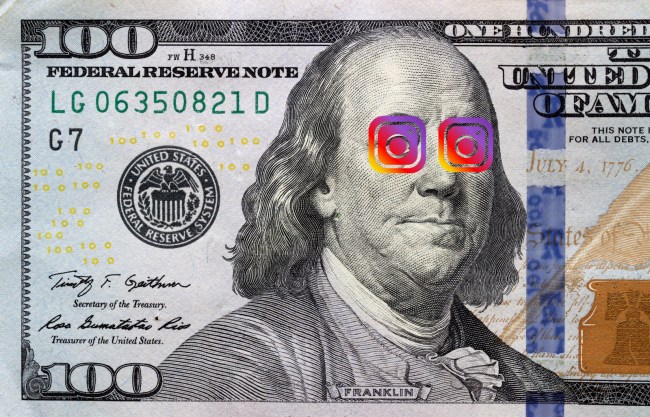 Some Instagram influencers will do anything to make a buck including exposing themselves to toxic chemicals, hang out at chemical dumps, and hang out of moving trains.

A few will even pay people to make it appear as though they have an amazing life.

Sadly, until these influencers get super-duper, A-list famous, they won’t be pulling in the serious bank or break onto the Instagram Rich List.

Speaking of the Rich List, the 2019 numbers were just announced and the numbers – and people making that money – are just as mind-boggling this year.

This annual list is put together by HopperHQ, an Instagram scheduling tool that analyzes internal and publicly available data to determine the highest-paid celebrities and influencers on the social media app.

HopperHQ factors in average engagement, how often the person posts, and the number of followers they have to work out how much these celebrities could charge per post. The list is then ranked based on these estimates.

For the second year running, Kylie Jenner held the top spot as the celebrity who charges most per post on Instagram.

Kim Kardashian-West and Kendall Jenner weren’t too far behind.

The second most bankable celeb is Arianna Grande. Beibs makes the top ten.

Selena Gomez, The Rock, Cristiano Ronaldo and Neymar are also in the top ten.

Those names should come as no surprise.

If you want surprises, check out some of these names making serious coin. These might not come as a shock, but they’re surprising to me because I have ZERO IDEA who these people are.

To see the complete list, head over to Business Insider.

See you all in the top ten!