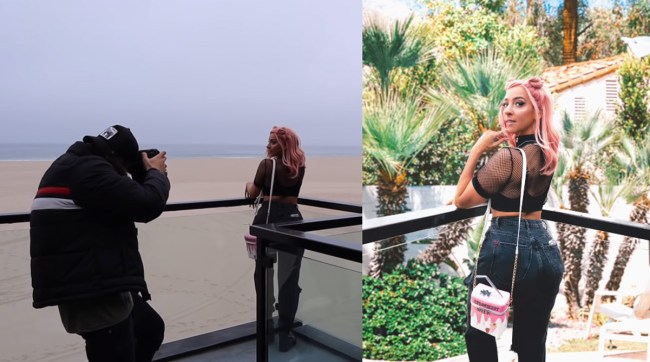 If you see it on the internet that means it’s true, right? That’s the philosophy I go by, because the internet never, ever lies…right?

Then again, after seeing how easily social media influencer and YouTuber Gabbie Hanna faked being at Coachella on Instagram, I might need to reassess my stance on that a little bit.

“Social media is a lie,” said Hanna after admitting that all of her Coachella photos were fake. “I had the thought, ‘What if I could get the Coachella Instagram pictures without going to Coachella?'”

So she did exactly that.

“So I pretended to go to Coachella for a YouTube video, which was substantially more believable than me actually GOING to Coachella,” Hanna wrote on Instagram.

“I know people who double up their outfits on the first weekend and take photos so they can pretend to go to both weekends,” Hanna said. “So what I’m doing is not that far from reality.”

Hanna said she wants the prank to be a reminder that everything on social media might not be what it seems.

“People look at people on Instagram and social media, and they think, ‘wow their life is impossibly perfect,’” she said. “That body, that vacation, that car – so much of it’s fake, and that’s ok.”

Especially when you can have all the cool photos without the risk of acquiring herpes.

After admitting to her 3.8 MILLION Instagram followers that her entire trip to Coachella was phony, Hanna posted a very interesting video to YouTube explaining how and why it was done.