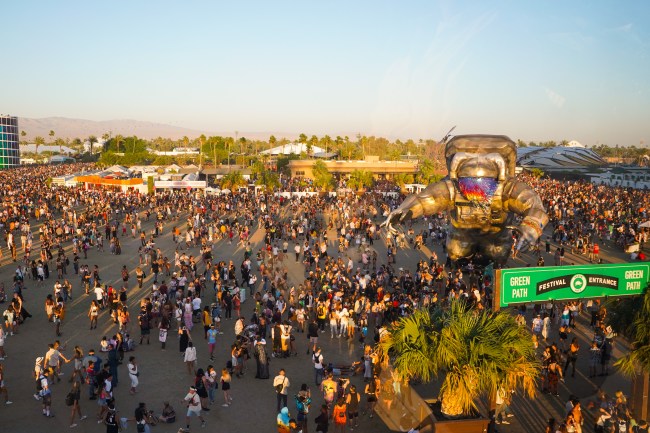 Did you happen to catch HerpAlert’s set at Coachella this year? It was so tight bro, they played their hit song, “Holy Shit What Is This Oozing Sore On My Junk?” Sad you missed it, but check my Instagram. I’m verified.

No, HerpAlert isn’t the name of an upcoming Indie Band who performed at Coachella, but it may have been more popular than any act.

HerpAlert is an online diagnosis and treatment website for the STDs, and there has been a massive spike in people looking to get treated for herpes in the communities surrounding the music festival. Or should I say, cases are sore-ing.

As TMZ points out, HerpAlert has been in business for two years and allows customers to send photos of their, um, issues, to doctors who can issue prescriptions to pharmacies after review. A patient can get a prescription in as little as two hours.

Over the past couple weeks, the service has been swamped with Coachella folks inquiring about the sores they acquired. I guess that’s what you get for wearing a vintage rock shirt of a band you’ve never listened to. Just kidding, that was mean. I don’t wish the herp on anyone. Except my ex, and her attractive new boyfriend who happens to be her personal trainer.

We’re told the site has seen a massive surge in folks seeking prescriptions for herpes since Day 1 at Coachella. A whopping 1,105 cases have been reported in Indio, Palm Desert and Coachella Valley — and also L.A., Orange and San Diego counties where most of the concertgoers live.

HerpAlert tells us they typically handle 12 cases a day … but during the first 2 days of Coachella, the site serviced almost 250 patients!!! The biggest previous spike was during Oscars weekend 2018, when they got a mere 60 cases a day.

Actually there is a price: herpes.