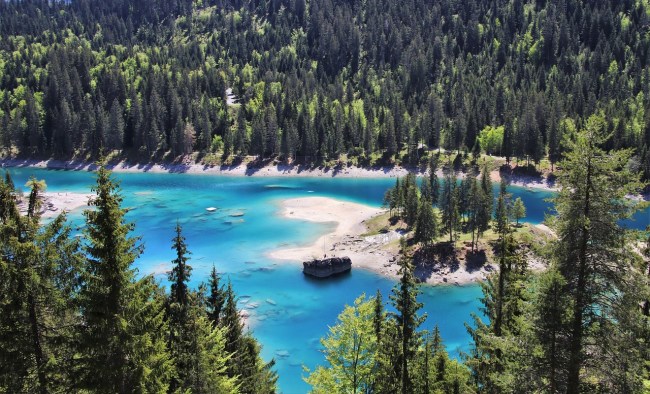 A few years ago, “Do it for the ‘Gram” became a rallying cry among serial selfie-takers willing to do virtually anything to inject those sweet, sweet likes directly into their veins, and since then, we’ve seen just how far people will go in pursuit of a shot worthy of inspiring envy amongst their followers.

At least one person relied on a diet of cocaine and tapas to stay svelt but others have put their bodies on the line in a different way, whether we’re talking about the influencers who snapped photos of themselves hanging from moving trains or dangling from a ledge for a dopamine rush courtesy of social media.

Most recently, we’ve seen a rise in the number of people flocking to Chernobyl to strike a pose or two after deciding there’s no better place to snap a few pics than an irradiated ghost town.

According to People, the Siberian city of Novosibirsk is now an Instagram hotspot as more and more people are lured in by a bright blue lake, whose signature color is made possible thanks to a lack of environmental regulations that allow a nearby coal factory to dump various substances wherever it damn well pleases.

While the company says the chemicals in question aren’t particularly harmful, there’s a chance that people who wade into the water will fall victim to an allergic reaction if they can’t resist the temptation to frolic in the tainted lake.