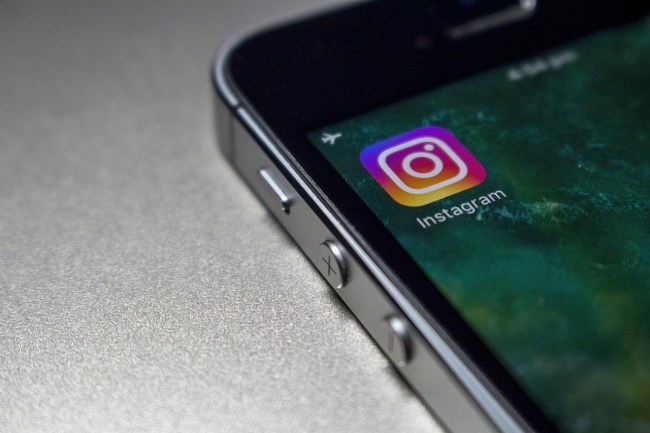 It’s been over eights years since the world was introduced to Instagram, and ever since then, people have relied on the platform to get that sweet, sweet dopamine rush that comes with getting likes on social media—even though there’s evidence spending too much time refreshing your feed could make you depressed.

People around the world rely on the app to boost their social capital in the hopes they might one day be semi-famous enough to get paid to advertise weight loss teas and lip enhancers and go to incredibly great (and ill-advised) lengths to do it for the ‘Gram, like the couple that recently risked death to get attention online.

We also can’t forget about the model who relied on a diet of cocaine and tapas to maintain the optimal weight for getting likes.

While Instagram might not be the healthiest thing in the world I’ll admit there aren’t many things more validating than racking up a bunch of hearts on a picture. However, if you’re one of the too many people who use Instagram to help measure your self-worth, I might have some bad news.

According to TechCrunch, Instagram has decided to test out a new “feature” which would hide the number of likes a picture generates.

as stated in the app: "We want your followers to focus on what you share, not how many likes your posts get" pic.twitter.com/MN7woHowVN

It’s currently being tested internally, so while the general public won’t be affected yet, Instagram says they’re exploring different ways to “reduce pressure” for people who use it.

I’m sure this won’t backfire whatsoever. Nope. Not one bit.