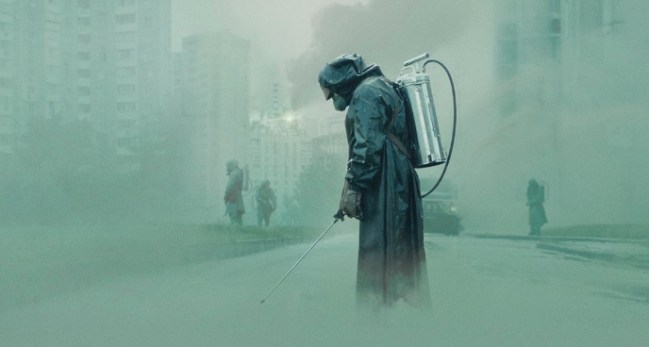 As it stands today, HBO’s Chernobyl is the highest-rated television show in history. The irony being that the devastating miniseries documenting one of the worst man-made disasters ever was created by the dude who directed The Hangover 3.

For those who haven’t seen the four-part series, watch it. It is gripping, informative, and beautifully shot. As long as you can get over Ukrainians speaking in British accents, you will be blown away (pun!!).

It’s been over 30 years since Chernobyl was home to the world’s deadliest nuclear accident, and since Ukrainian officials opened the area to tourists nearly a decade ago, it’s attracted tourists and influencers who would do anything for the ‘gram. An estimated 60,000 tourists visited Chernobyl in 2018, and according to Live Science, bookings to Chernobyl increased by about 30% in May and will likely be even higher during the summer months due to the popularity of the HBO series.

The reactor, which is still extremely radioactive and will be for thousands of years to come, is now contained under a metal shell. The site is reportedly safe to visit, so as long as you’re with a specialist tour guide. Justin Francis, CEO of Responsible Travel, claims the amount of radiation you’re exposed to is similar to on a long haul flight.

The main danger is not radiation, but unsafe structures which have been deserted for 30 years, and lots of metal has been stripped away. So go around in groups, and obey the guide’s instructions.”

It is, however, dangerous to stay near the site for longer periods.

More and more people are using the site’s recent surge in popularity to boost their social media clout.

Meanwhile in Chernobyl: Instagram influencers flocking to the site of the disaster. pic.twitter.com/LnRukoLirQ

This new phenomenon has prompted Chernobyl creator, Craig Mazin, to send out a tweet reminding people that a tragedy occurred there.

“It’s wonderful that #ChernobylHBO has inspired a wave of tourism to the Zone of Exclusion,” Mazin tweeted. “But yes, I’ve seen the photos going around. If you visit, please remember that a terrible tragedy occurred there. Comport yourselves with respect for all who suffered and sacrificed.”

It's wonderful that #ChernobylHBO has inspired a wave of tourism to the Zone of Exclusion. But yes, I've seen the photos going around.

If you visit, please remember that a terrible tragedy occurred there. Comport yourselves with respect for all who suffered and sacrificed.

Stay safe out there, kids.