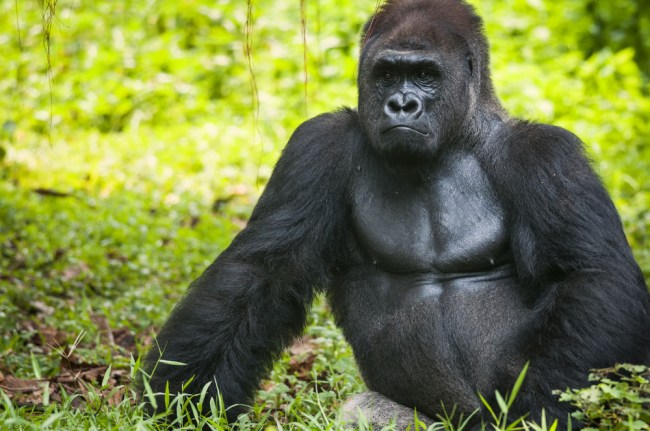 While everyone is worried about the rise of fake news taking over their social media feeds, one rather hilarious and purposely false report regarding President Donald Trump’s TV viewing habits went viral. A tweet with over 25,000 shares about President Trump’s love of a Gorilla Channel was pure parody, but many were completely fooled by the fake news.

Ben Ward AKA the mastermind behind the massively popular Twitter account @pixelatedboat, which made the Milkshake Duck meme famous in 2017, posted a fake excerpt from Fire and Fury, a newly-released book about the Trump administration. The faux passage reported that the President has an immense fascination about gorillas. Who among us doesn’t? President Trump’s adoration of primates is so intense that he watches something called “The Gorilla Channel.” When Trump moved into the White House, he noticed that there was no Gorilla Channel on his TV, so White House staff made an improvised Gorilla Channel for the President.

Wow, this extract from Wolff’s book is a shocking insight into Trump’s mind: pic.twitter.com/1ZecclggSa

— the gorilla channel thing is a joke (@pixelatedboat) January 5, 2018

I’m sorry I have a question

Is the gorilla channel thing real or fake?

I thought it was clearly fake but people are talking as if it’s real and I don’t know who’s mistaken.

If you don’t know what I’m talking about don’t look it up because it might be fake.

So many were fooled by the obvious hoax that Snopes was forced to debunk the excerpt as a fake story. By Friday morning, @pixelatedboat changed his Twitter username to “the gorilla channel thing is a joke‏” to clarify what was evidently parody.

Wonder if this new display name will help. Probably not.

— the gorilla channel thing is a joke (@pixelatedboat) January 5, 2018

Meanwhile, on the Planet of the Apes, President Harambe takes to twitter to deny ever watching a so-called "Trump channel."

I don't know if Trump will be gone by the end of the year but I 100% do know we will have a Gorilla Channel.

There absolutely IS a Gorilla Channel, or how else would Koko have seen Dad’s movies?
WAKE UP SHEEPLE! pic.twitter.com/tB9uRxjkRS

What makes for a Gorilla Channel? A lot of eating, sleeping, and, of course, playtime! pic.twitter.com/cnXOSSY07z

For what it’s worth, I’d watch a Gorilla Channel.

Antithesis: there is no fake gorilla channel

Synthesis: we demand a gorilla channel

Vice took it upon themselves to give the world a Gorilla Channel or sorts.

We just made the fake Trump Gorilla Channel a reality. Go bananas watching it here. https://t.co/0fokgdkUri

When do we actually get a real Gorilla Channel?