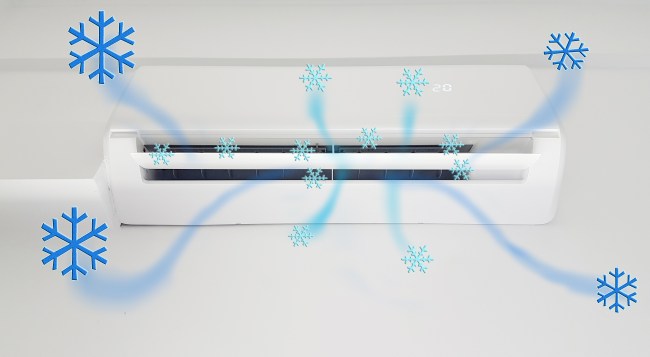 Of course after a weekend where my patriotic pride was bursting out of my sweatpant waistband, I am immediately reminded that there is no hope for anything. There is no such this as progress or evolution or enlightenment. We are all just here, pooping and peeing and distracting ourselves with frivolous nonsense until we die, eventually to be forgotten in favor of other poopers and pee-ers yelling at each other to fulfill a shallow need for intellectual and moral superiority. And around and around we go.

Too bleak? Give me a break, it’s the week after a long weekend. But, in my defense, I have a point for once.

The Onion, a satirical newspaper, published an op-ed titled “Do Americans Need Air-Conditioning?”

The piece was actually written by the New York Times, a respected journalistic publication commonly referred to as “The Times” by people who say “henceforth” in spoken word.

The article brought up a topic that was brought up last year and the year before, and will be brought up until extraterrestrials descend upon us to teach us a lesson. The article claims that our intolerance of heat is a First World learned behavior and are discriminatory towards women, who get chillier easier.

Atlantic writer Taylor Lorenz ramped it up a notch on Sunday by very reasonably claiming that air conditioning is everything we use to describe the world’s worst dictators.

Air-conditioning is unhealthy, bad, miserable, and sexist. I can’t explain how many times I’ve gotten sick over the summer b/c of overzealous AC in offices. #BanAC https://t.co/QPME4lMTVS

Obviously only a clinically ill person would say something like this, but give Lorenz more credit. She knew exactly what she was doing: say something idiotic, piss off the reasonable majority, and pluck out the most extreme responses to support her narrative and play “told ya so!”

Like buy a fan. Ur not gonna die lol. I should be able to wear dresses in the summer and not get hypothermia. Weird that making women slightly more comfortable and productive at work causes so many men to have a mental breakdown 🙃 https://t.co/bsWKRjZ6jv

Me: I want to be able to wear a dress w/ a sweater to work in the summer and not freeze my face off

AM I TAKING CRAZY PILLS?!

Please, for the sake of sanity, someone needs to set this blue check mark straight.

This is the definitive take on air-conditioning: if you are cold, you can add more clothes. If you are hot, there’s only so much you can take off.

Saying that air conditioning is sexist is weightist. There. Now we're all stupid.

Set AC to 50 so everyone has to wear a sweater. Problem solved https://t.co/TF75nRyAvJ

Asphalt crews are hiring in Texas, if you're interestedhttps://t.co/X4VLyMQk6R

every southerner after reading that air conditioning piece pic.twitter.com/Zsw2QXRbms

the twitter fight of the day always feels randomly selected. it's like the host on Iron Chef revealing the secret ingredient but it's air conditioning instead of scallops

Me watching this air conditioning debate in my home office rn pic.twitter.com/OWblYZXRc0