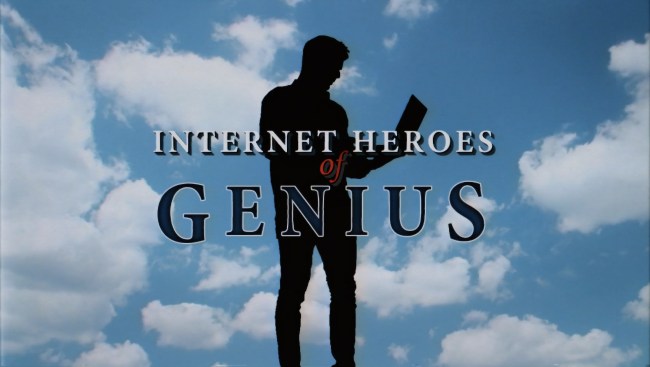 A couple of years ago, Bud Light rocked the beer world when it introduced its famous “Dilly Dilly” ads, a medieval-themed campaign that culminated during the Super Bowl when The Mountain from Game of Thrones killed the Bud Knight before a dragon laid waste to a jousting tournament.

It was one of the more memorable product pushes in recent memory, and while they certainly did what they could to top their previous efforts, I’d argue they’ll never be able to surpass what is easily one of the best series of commercials ever made: Real Men of Genius.

It’s hard to believe it’s been a couple of decades since the spots first aired, but if you’re unfamiliar with them (or need a refresher), here’s a compilation of the ads celebrating the everyday heroes of life who failed to get the recognition they deserve.

Now, Bud Light is bringing the ads into the modern age with a new series of commercials celebrating Internet Heroes of Genius—like the guy who’s nice enough to share his login information with anyone who’s too cheap to pay for a streaming service.

They’re also honoring the dudes who are brave enough to scour the “New” section of Reddit in order to bring you the content you know and love.

You know the people who dedicate an absurd amount of their time to editing Wikipedia articles? They get a shoutout too.

I wasn’t expecting this blast from the past today but I can’t say how glad I am that these are back.