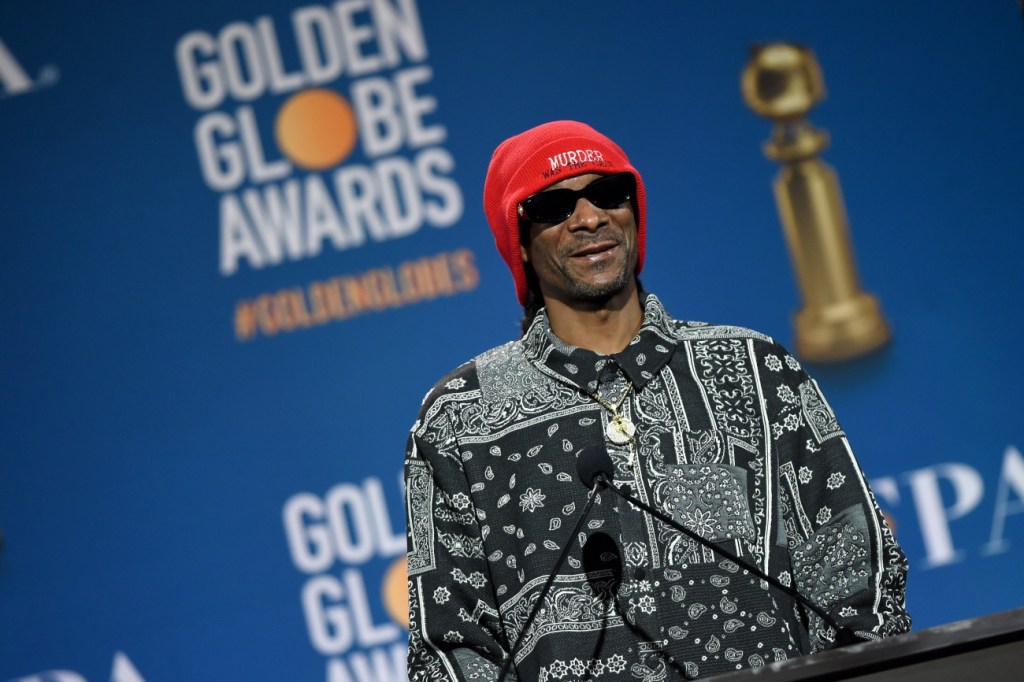 Snoop Dogg is a living legend. Everything he does is gold from Snoop reacting to Planet Earth clips, appearing alongside Martha Stewart, or talking about Skeet shooting at the Olympics.

On Monday, Snoop Dogg made an appearance at the Golden Globes nominee announcements and he read off a list of actors and films who were nominated. His appearance at the GG nominations is proof that Snoop could read the phone book (do those still exist?) and it would be entertaining.

The most-talked-about moment was when Snoop mispronounced Ben Affleck’s name, realized what he’d done, and apologized. But he was also out there throwing his spin on all sortsrts of names. And the Internet was absolutely loving it from start to finish.

Snoop Dogg painstakingly mispronouncing the name of every nominee at the #GoldenGlobes, even Ben Affleck, is verging on performance art pic.twitter.com/UQRqelJMpw

A moment of silence for the way Snoop Dogg pronounced Denis’ name😭😂#GoldenGlobes pic.twitter.com/P5TpioFJnE

For context, here’s how you pronounce Denis Villeneuve’s name:

The Golden Globes were just happy Snoop was there:

Thanks to @SnoopDogg for helping us announce the 79th annual #GoldenGlobes nominations! pic.twitter.com/xmuYTIhRIS

Just another reason why Snoop should be right up there with Betty White, and Dolly Parton. National Treasures.🤩

Congrats to Ben Affleck(or how to Snoop Dogg like to call him “Been Afflack”) for his Golden Globe nomination. pic.twitter.com/dlLGXDiZhq

Losing my mind over Snoop Dogg mispronouncing nearly every name on the list, but only stopping to apologize to Ben Affleck.

From now on I will refer to Ben Affleck as Ben Aff-Leck and Bat-fleck. Snoop Dogg has christened it as such in 2021, the year of our lord and savior Dolly Parton. pic.twitter.com/VtQXjo9MWM

They should invite Snoop Dogg back to announce the Golden Globes nominees every single year. Don’t ever, EVER give him any advanced prep so it always stays authentic like this.

Everything is better when Snoop Dogg is involved.