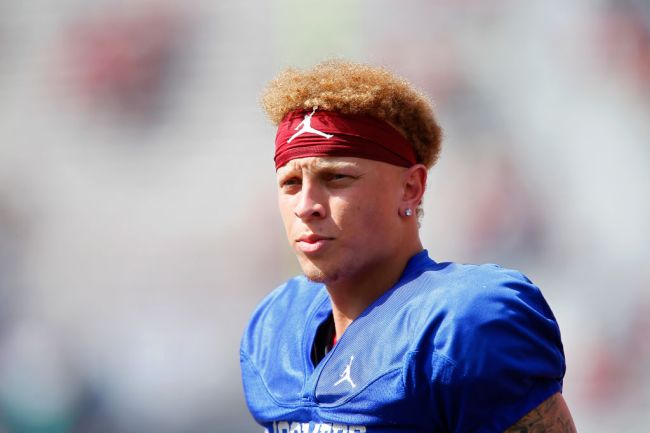 Oklahoma football is the No. 3 team in the nation but its season has been nothing short of a roller coaster. After nearly losing to Tulane in Week 1, the Sooners squeaked out one-possession wins against Nebraska, West Virginia and Kansas State.

And then things got off to the worst possible start against Texas in Week 6. Oklahoma fell behind 28-7 behind two turnovers from preseason Heisman Trophy candidate quarterback Spencer Rattler.

Not long thereafter, head coach Lincoln Riley decided to turn to true freshman Caleb Williams under center. He led the Sooners back to a win in the Red River Rivalry and then earned the start against TCU.

There was quite a bit of chaos surrounding the quarterback situation in the week leading up to the Horned Frogs that you can read about HERE.

Williams ended up earning the start and won the game by three scores. As a result, Rattler is almost sure to transfer.

However, that narrative began to shift during this Saturday’s game against a very bad Kansas team. Somehow, the Jayhawks — who have not won an FBS game since 2019 — took a 10-0 lead over the third-ranked team in the country.

The deficit, in part, came from a bad interception from Williams:

He had his check-down option wide open for a first down and chose to throw it deep. 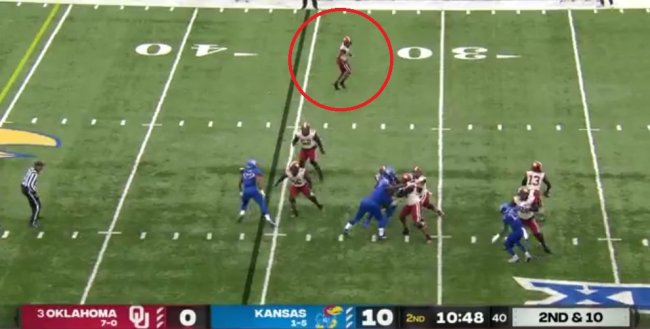 It was a truly terrible first half for Oklahoma and Williams, who completed seven passes for 91 yards without a touchdown and with one interception. As could be expected, the internet all had the same joke about the quarterback situation and Rattler.

Spencer Rattler on the sideline during that Caleb Williams INT #OklahomavsKansas pic.twitter.com/ugFW4lzSTF

Spencer Rattler on the sideline looking at Lincoln Riley pic.twitter.com/0pW1wm1OiE

Spencer Rattler watching OU shit all over themselves against Kansas pic.twitter.com/ANyrYfnXbf

Spencer Rattler when asked to save OU from its first loss to KANSAS pic.twitter.com/rX8e4a9aCX