ISIS Tells Its Terrorists To Steer Clear Of Europe So They Don’t Get Infected, Seriously 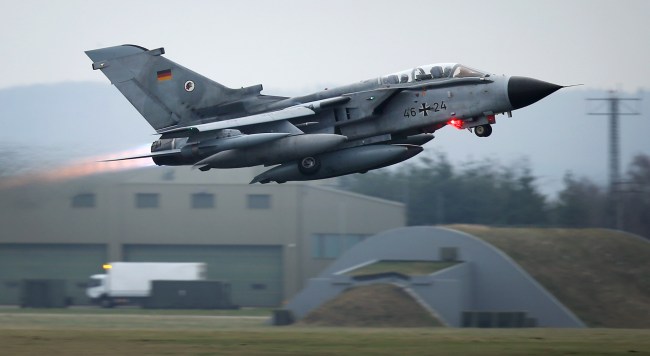 I know that headline sounds like something The Onion would publish, but amazingly, it’s actually the truth. ISIS has told its terrorist buddies to avoid going to Europe for fear of them getting infected during this worldwide health scare.

That’s right. Unlike many Americans, terrorists are even smart enough to practice social distancing.

According to the Times of London, who obtained a copy of ISIS’s latest al-Naba newsletter the terrorist group warns its followers, the “healthy should not enter the land of the epidemic and the afflicted should not exit from it.”

ISIS also recommends that its followers “cover their mouths when yawning and sneezing” and wash their hands regularly. Sounds familiar.

What doesn’t sound familiar is the addition of the claim that this “plague” is a “torment sent by God on whomsoever He wills” and that “illnesses do not strike by themselves but by the command and decree of God.”

Especially when you consider a recent report states the “the risk is very high in Syria” and the WHO reports that only 50 percent of public hospitals there are “fully functional” and the fact that 10 Iraqis have died and the country has institutued a nationwide curfew.

ISIS claim to be brave martyrs but they’re running away from coronavirus. pic.twitter.com/1o3kWa3AeT

But hey, if it means keeping ISIS out of Europe then by all means, please do follow these instructions, terrorists.

ISIS cares about their employees, they asked them to work from home…this is awkward from a suicidal group. #Coronavirus pic.twitter.com/nc98jfqm3x

This is beyond satire. #ISIS warns against non-essential travel due to #coronavirus. Should we assume the Jihadis will work from home? Avoid crowded places like checkpoints &
markets? Disinfect surfaces on suicide belts, knives, detonators etc? I don’t mean to be glib, but.. https://t.co/SQ9yrsSht4

ever since vanessa hudgens came out as a woody allen ally she’s just become more and more annoying pic.twitter.com/oi7JxpX0MD