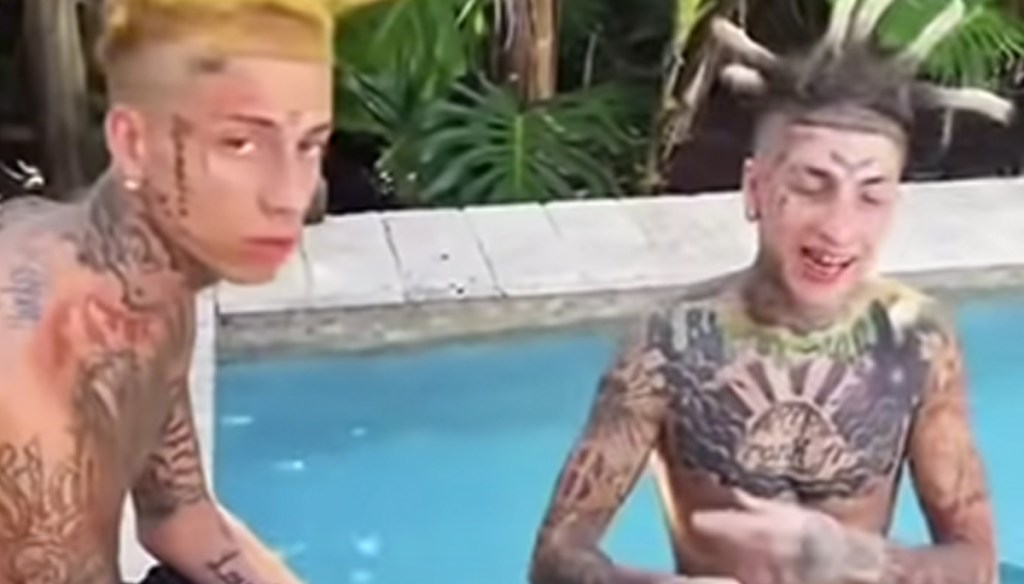 The Island Boys are still everywhere online. These identical twins from Florida covered in face tats with memorable hair have blown on up TikTok and ridden that viral fame for the past few months.

One of the ways that Franky (Kodiyakredd) and Alex (Flyysoulja) Venegas have been able to cash in on their viral success and millions of followers across TikTok and Instagram is they’ve joined Cameo. I’m assuming most of you know what Cameo is but for anyone that doesn’t, Cameo is a service where you can pay “celebrities” to film personalized videos.

Cameo videos are frequently used as birthday presents. Someone will get a person’s favorite celebrity to film them a personalized birthday message and it’s a pretty thoughtful gift. But then there’s this other side of Cameo.

Twitter user @rbxbex paid the Island Boys to film a Cameo video telling their company that they were quitting. The video was then dropped in the company-wide Slack channel so everyone saw the Island Boys Cameo and slowly realized what was happening.

so i hired the island boys to quit my job for me lmao pic.twitter.com/LvCJJPu9Db

The reactions on Twitter pretty much sum up my feelings as well:

This is the best use of a Cameo I've ever seen.

the company should shut itself down after this

“Does Robert work here anymore or not?” – the person who received this

Their music is objectively awful but this is objectively awesome. These identical twins with their signature ‘wicks’ hairstyle have publicly stated they’ve been in trouble for burglaries, robberies, and drug charges. So it will be interesting to see if this new life of being pseudo-famous online moves them away from all that.

If you haven’t actually listened to the Island Boys “music” yet, don’t. You’ll hear it eventually soo there’s no reason to go running towards it. Also, they got booed loudly at their first live performance so there’s that.