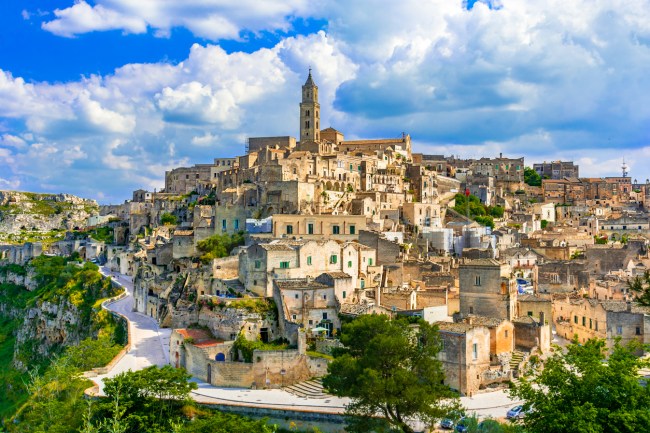 Are you looking for the best place to move? A place with a low cost of living and an area that will help your business blossom? Ladies and gentleman, may I suggest the Molise region in Italy.

Molise, a small region of Southern Italy on the Adriatic Sea side of the Mediterranean country, is offering a sweet deal to entice new blood to move into the area. The region is currently offering over $27,000 to people who move to the region, but there’s a catch, because there’s always a catch.

The predominantly mountainous Italian region will pay you $770 a month over three years if you move to Molise and pledge to open a business. The government of Molise did not specify what kind of business is eligible, but the business investment must enhance whatever village or town you move to.

Another requirement is that you must move into a village or town with fewer than 2,000 residents. The region has lost many inhabitants over recent decades. More than 9,000 people have left Molise since 2014, making it the region with the worst population decline in the last five years. In fact, not a single birth was registered in nine of the region’s towns last year. The region’s current population is approximately 305,000.

“If we had offered funding, it would have been yet another charity gesture,” said Donato Toma, the president of Molise. “It’s a way to breathe life into our towns while also increasing the population.”

The government is also providing more than $11,000 a month to these small towns for them to build infrastructure and promote cultural activities. These efforts will hopefully attract more people to the areas.

This isn’t the first time we’ve seen Italy offer attractive perks to entice immigrants to their nation. The small town of Mussomeli, in southern Sicily with a population of around 11,000, offered people who move there houses for as little as $1.

So if you’re looking to start a business, Molise, Italy might just be your best place.