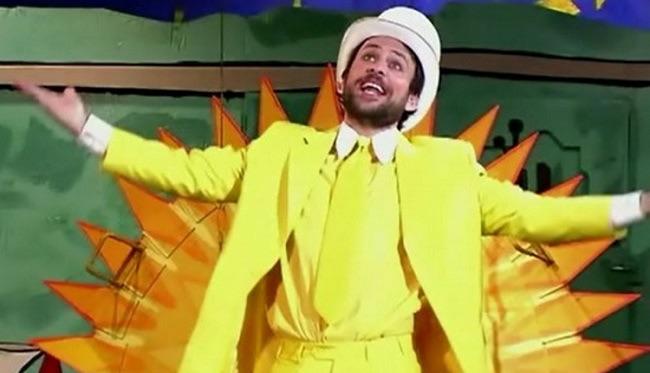 Dayman is the fighter of Nightman and Champion of the Sun. And now it is also a beer. Because he’s the hero Philly deserves, but not the one it needs right now.

Dayman beer will be available on September 10 at Stable 12 Brewing’s brewery in Phoenixville and then will be exclusively available at the Memphis Taproom starting September 12. No word on if you will have to pay a troll toll to get the IASIP beer.

Dayman beer will be on tap, as well as in four-packs, both for in-house consumption and to-go.

There is no guarantee that drinking a few Dayman beers will instantly make you a fighter of the Nightman or a champion of the sun or master of karate, but it doesn’t not guarantee it either. One thing that is sure, after you drink Dayman IPA, you’ll have the friendship of everyone. Probably.

Dayman beer is sure to be a fantastic beverage while watching the 14th season of It’s Always Sunny. If you do indulge in the Dayman beer, please drink responsibly or at least don’t try to beat Wade Boggs’ record of 107 beers in one day.

Of course, if you don’t like beer you could also go with wine in a can.