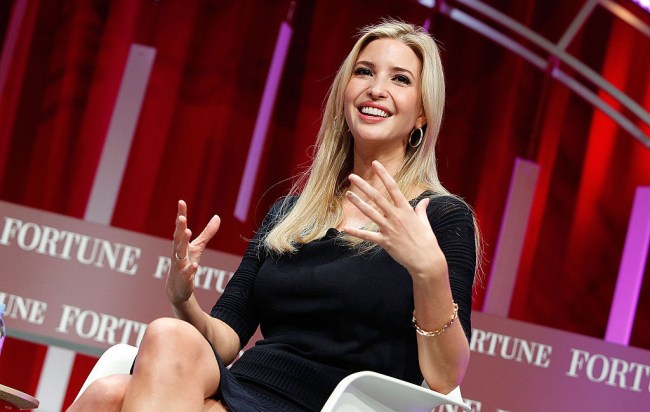 For some reason on Monday night, Ivanka Trump sent out a tweet where the copy was nothing but some HTML code. It appears to be some kind of coding error and despite it being posted over 12 hours ago, as of right now it is still up on her Twitter account. (Does she not check her mentions or comments?)

So either Ivanka is playing mind games with us, trying to distract us from all this national anthem stuff. Or perhaps it’s to make us forget about her using her personal emails for government business. ORRR this is some kind of hidden message that finally explains what the word “covfefe” means.

Then again, maybe it’s something else entirely as there has been no shortage of excellent theories postulated in response to Ivanka’s very odd social media missive.

you're a robot, aren't you?

DM me, i can keep a secret. promise.

You're a fembot? Did you short circuit?

This would explain a lot.

Just waiting for this to happen: pic.twitter.com/Bl7tGEMdIP

Think this is how they launch the nukes

That code makes more sense than your video.

How are you verified

This is a real CODEfefe