J.Cole Appears To Confirm 8-Year-Old Rumor About Getting Into Fight With Diddy At A Party On New Album 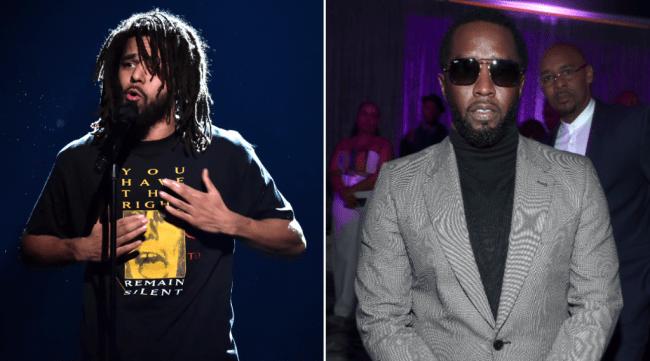 It appears that J.Cole has confirmed that the rumors of him fighting Diddy are true.

For those that don’t know, Cole reportedly got into a fight with Diddy at a VMA after party in 2013 after a drunk Diddy tried to confront Kendrick Lamar for calling himself the “King of New York.”

Multiple sources familiar with the situation told Complex it went down like this:

1. Diddy was visibly intoxicated.
2. He tried to confront Kendrick over the “King of New York” claim in his “Control” freestyle.
3. Diddy allegedly attempted to pour a drink on Kendrick, and J. Cole intervened.
4. The two started arguing and Cole allegedly put his hands on Diddy, which then led to problems between their respective crews.
5. After a brief scuffle, both crews separated.

On Thursday night Cole released his latest album ‘The Offseason’ and apparently addressed the Diddy fight in the song “Let Go My Hand.”

My last scrap was with Puff Daddy, who would’ve thought it?
I bought that ni**a album in seventh grade and played it so much
You would’ve thought my favorite rapper was Puff
Back then I ain’t know shit, now I know too much
Ignorance is bliss and innocence is just ignorance before it’s introduced to currency and clips
Or bad licks that have a ni**a servin’ three to six, shit