J. Cole Is Set To Play In His First Professional Basketball Game In Africa Just Days After Dropping A New Album 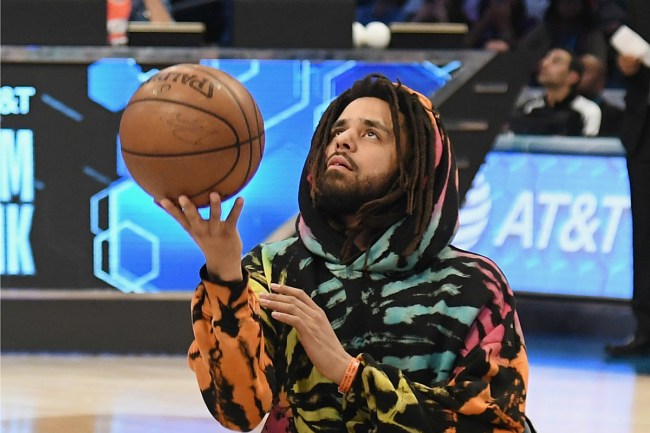 J. Cole and basketball have always gone hand-in-hand, but now the 36-year-old Dreamville head is going pro. The New Times Rwanda was first to report that Jermaine Lamarr Cole is listed as one of the four foreign players on the Rwanda Patriots BBC roster, of the Basketball Africa League. Multiple reports have since confirmed the news.

#BREAKING: American rapper J. Cole @JColeNC is in Rwanda and could feature for local side Patriots at the upcoming Basketball Africa League.

The New Times has learned he is on the club's roster for the competition. pic.twitter.com/mhHOBCAvhx

Cole, who starred at Sanford High School in North Carolina and walked on at St. John’s University in Queens, but he ultimately left the program to focus on his music before suiting up in a Division I game. He’s pretty cold.

Per the reports, Cole arrived in Rwanda two days ago and is currently in the midst of quarantining will play three-to-six games in the new NBA and FIBA Basketball Africa League. The League’s inaugural season is set to begin this weekend with a total of 12 teams from Angola, Egypt, Morocco, Nigeria, Senegal, Tunisia, Algeria, Cameroon, Madagascar, Mali, Mozambique and Rwanda. Each team’s roster will include at least eight local players and up to for foreign players.

The Rwanda Patriots are expected to make the signing official on Thursday and will play their first game on Sunday against the Nigeria River Hoopers. Cole’s debut will come just two days after he drops his highly-anticipated album ‘The Off-Season’ on Friday.

Just know this was years in the making.

Last July, Cole told The Players’ Tribune about his significant hoop dreams, and later that month, rumors of his basketball career hopes started to float after he released a commercial for his first signature basketball show. Those whispers reached a fever pitch in August, when Master P said that Cole was training to try and make the NBA, prompting the Pistons to offer him a tryout.

.@JColeNC we see you out here. You said they only got 12 slots on the Pistons.

Hit us up for that tryout. This is for all the dreamers @bleacherreport #Dreamville https://t.co/6K24xaI28b pic.twitter.com/GYuG5LvqDE

Who knows whether Cole is actually trying to reach the league or not, but at 36, he is already on the back half of a potential timeline. This roster spot in the Basketball Africa League is a great start, and his first game will be broadcast at 7:00 a.m. EST on ESPNews.