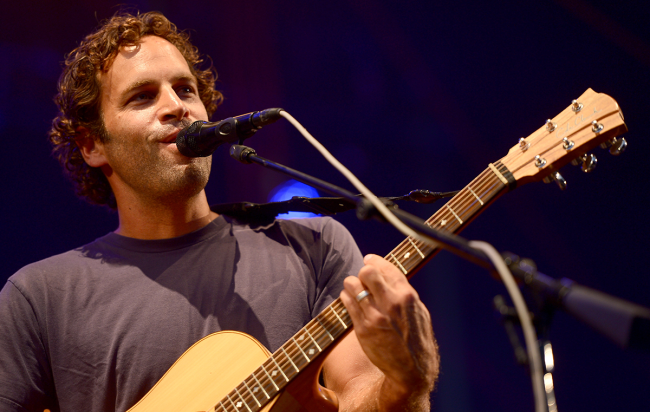 In 2005, I made the trek to Brockton, Massachusetts with a girl I was dating at the time to see Jack Johnson do his thing at a minor league baseball stadium. If I remember correctly, Johnson had decided to perform at that particular venue as a favor to a friend who had some ties with the team that played there, which is an incredibly on-brand move for a musician who definitely seems like the kind of guy who keeps his buddies in mind while scheduling tours.

The evening was everything you could want in a summer night in New England. We were treated to a clear sky and the perfect amount of chill—which is particularly appropriate when you consider who the main attraction was—and I can’t think of a better way to listen to Jack Johnson do his thing than spending a few hours dancing with a lady friend with a beer in hand and the outfield grass under your feet.

It’s been twenty years since Johnson burst onto the scene with the release of his debut album Brushfire Fairytales, and since then, his music has been synonymous with the signature vibe that defines what are best described as “Jack Johnson Situations.” That night in Brockton was one of those occasions; relaxing music serving as the soundtrack to the purest form of easy living as a faint breeze blew through a stadium where life just felt alright, alright, alright. Nothing else in the world mattered, because in that moment, nothing else existed.

Jack Johnson has mastered the craft of delivering experiences like that over the course of his career, and while his music has been derided for its overall simplicity and straightforwardness, it possesses the ability to transport listeners to a certain state of mind. Even if you’re not physically chillaxing on a quiet beach in Hawaii while staring out at the Pacific Ocean nursing a cocktail with a pineapple garnish to cool down while basking in the sun, his tunes can still take you there.

What Johnson’s music may lack in complexity is easily canceled out by the mental wizardry he’s been honing since the man who first made a name for himself as a surfer pivoted to the realm he’d eventually conquer.

His career began to take shape when he headed to Santa Barbara to study at the University of California, where he played in a couple of bands and did his fair share of networking in the process. At some point in the late 1990s, Johnson was introduced to G. Love through a mutual friend after catching the attention of the Philadelphia native, who was intrigued by his laidback style.

At the time, the folk/blues/hip-hop artist was recording Philadelphonic and brought Johnson into the studio to lay down a version of “Rodeo Clowns.” It would become one of the most popular tunes off of the album, and kicked the surfer-turned-singer’s career into high gear.

Before long, Johnson found himself entering the orbit of Ben Harper courtesy of producer J. P. Plunier, who would ultimately produce Brushfire Fairytales (Harper also chipped in, as he hopped on the steel guitar on “Flake,” which ended up being the album’s lead single.)

Brushfire Fairytales is a remarkably barebones album, but as I think I’ve established by now, that descriptor isn’t intended to be a dig at Johnson. In less capable hands, it would’ve sounded like the work of a guy busking in front of an open guitar case filled with loose change, but it just radiates an aura of the ease and relaxation that sums up his oeuvre. His voice is criminally smooth, and while there’s no doubt he put a ton of work into nailing the sound, it seems virtually effortless.

Is Jack Johnson’s music the personification of a shirtless dude in boardshorts strumming away on an acoustic guitar in front of a bonfire? Absolutely, but even though that particular archetype was nothing new when he started out, there was something about Johnson that set him apart from the pack. It’s sort of like when a contestant on Top Chef makes a salad with four ingredients but manages to combine them to make an almost ethereal culinary creation thanks to the subtle ways they’re able to elevate what seems fairly run of the mill at first glance.

Jack Johnson never set out to reinvent folksy rock music, but I’d argue that he managed to do exactly that; he perfected a new strain of the singer-songwriter model by stripping away the pretension and self-indulgent seriousness in favor of the Good Time Vibe championed by the likes of Jimmy Buffett.

However, he eschewed the lively, colorful tunes associated with the Mayor of Margaritaville in favor of those that are the very essence of carefree; if Buffett was a fun-loving, parrot-headed pirate leading a crew of Hawaiian shirt lovers around the high seas, Johnson was a sailor happy to just aimlessly float around the ocean and content to travel to any port the current might take him to.

Johnson’s second album, On & On, came out two years later, and by then, he no longer needed the help of influential friends to get noticed. He’d gone from an opening act to a headliner performing at sold-out venues around America packed with the flip-flop, visor-sporting guys and gals who’d feverishly followed acts like Dave Matthews Band and Dispatch around the country.

By the time Johnson dropped his third album in 2005, he’d transcended the “musician” label and was almost his own brand, giving listeners the chance to vicariously live the tranquil life of a beach bum through his music. He never seemed to feel the urge to deviate from the formula he’d been following since Brushfire Fairytales, and while he found himself experimenting with the electric guitar on Sleep Through The Static, it was still vintage Jack Johnson.

After entering the second decade of his career, Johnson took his foot off the gas a bit, ultimately releasing three albums over the course of the 2010s. He hasn’t treated fans to a new one since 2017, but he came out of hiding last December when he released the single “The Captain Is Drunk.”

Despite coming out almost 20 years after the release of Brushfire Fairytales, “The Captain Is Drunk” would feel right at home on the album, as Johnson is still perfectly content to give the people what they want while continuing to lean into what he does best.

A lot of artists would find it hard to resist the urge to switch things up when they’ve been in the game for as long as Johnson has been, and it’s hard to blame them for doing so. A lot of acts with a similar staying power tend to evolve to a point where they sound nothing like they did when they first came up, and while it can be a nice breath of fresh air from a creative standpoint, you also risk alienating the dedicated fans you owe your success to.

Jack Johnson is not one of those acts. He’s a man who’s fine with doing what he’s always done—although that can also be risky, as your followers might not feel the need to keep checking back in when you haven’t really changed at all over the course of a couple of decades. With that said, there’s something to be said for the nostalgia factor, as checking out his new stuff is like reuniting with an old friend and remembering all the good times you’ve had together. You still ride with Jack Johnson because his music is an oasis in a life filled with uncertainty; a reminder of when things were just a little bit simpler.

Jack Johnson’s refusal to change with the times is what has allowed his music to stand the test of time, and as long as people have an appetite for jams that allow them to escape to the idyllic world his tunes evoke, there will always be a place for Jack Johnson.